Home Games Subway Surfers Review – Hoverboards and Power-up: Is It For You? 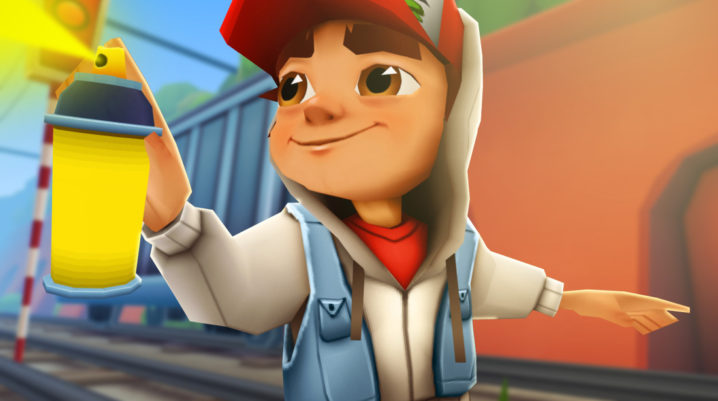 If you’re looking for a way to have fun on your phone or just pass the time on your daily commute on public transport, you might just enjoy Subway Surfers. A great many games are currently flooding mobile phones and you just might be tired of a racing or strategy game.

A fun alternative could come in the form of an endless running game. It’s very dynamic and it requires a decent amount of attention because your character is always moving. Your job is to steer the action and hop from one train to another while avoiding obstacles.

What is Subway Surfers about?

The action takes place in a subway network and you play a kid that is running around. Or hovering around to be more precise. The kid is always running from an inspector and his angry dog. The game has a sort of New York hooligan style to it, so play it if you like to mess with the establishment.

This kid is really pushing it and your job is to not get him killed. Avoid incoming trains, jump over them, on top of them, and all that kind of stuff. A lot of action takes place diagonally so there is a bit of a challenge to steer the character.

Using hoverboards is cool as each of them has a special ability. Other than the default hoverboard, there are about a dozen others to choose from. They last for 30-second bursts and need to be recharged after you crash.

You need to pick and choose your power-ups. Some are better than others and they’re essential for improved mobility. Some of the best are the 2x multiplier, the super sneakers, and the jetpack. Collecting coins whenever possible is also a good idea as these are used to purchase pretty much all of the upgrades.

Here is a list of Subway Surfers tips to get you going.