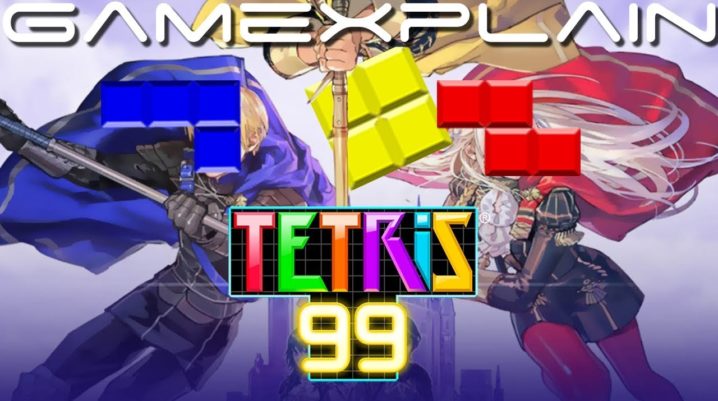 Tetris 99 is one of the most popular Nintendo games

The famous Tetris 99 multiplayer title mixes elements of the well-known Tetris puzzle games and the battle royale genre. While at first sight, the combination may seem a bit odd the title was well-received by the community.

Players will have to rotate, position and land several brocks which are known as tetrominoes on the board. Pieces can be cleared by completing vertical and horizontal rows. If the pieces reach the top of the board, players will lose the game automatically.

Combos of several rows and continuous line clears will generate garbage pieces which can be sent to other players. Rival players can be targeted manually or let the computer to decide by selecting one of four distinct criteria: target players at random, target players who are also targeting the player, vulnerable targets, or those who have badges.

Badges can be earned by eliminating another player with the help of garbage, and they offer a valuable boost for the owner. A downloadable DLC adds the option to play online against bots or choose an endless mode.

The success of the title led to the release of several crossover events, and Nintendo has announced a new one. Players who will compete from 23rd to 27th August and manage to collect a substantial number of points will receive an exclusive Fire Emblem: Three Houses theme in Tetris 99.

Fire Emblem: Three Houses is the latest entry in the popular Fire Emblem series. The first game was published on the Famicom and became a quick hit among players due to the unique blend between a strategic and challenging combat system and the excellent story and intriguing characters. Sixteen mainline titles have been released, and several spin-off games are also available. Players can collect points by winning games, and the target is not very hard to achieve. The previous crossover with Splatoon 2 awarded a similar prize.

The Tetris 99 and Fire Emblem: Three Houses crossover by Nintendo is supposed to please the fans of both titles, bringing more players to Tetris 99.