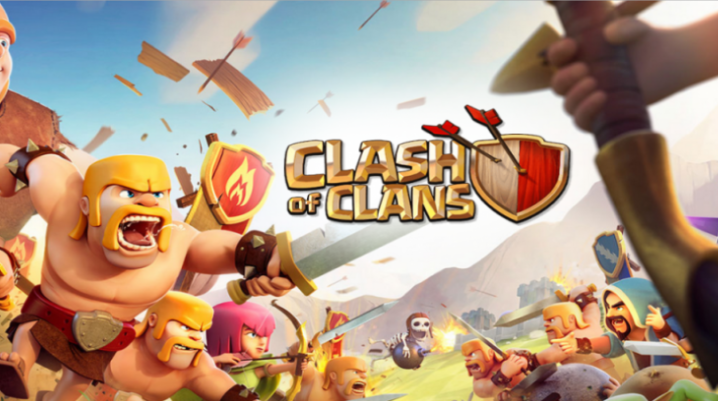 Clash of Clans is well known mobile game for both Android and iOS platforms. The game was developed by Supercell, a mobile game developer located in Finland.

PSG, also known as Paris Saint-Germain Football Club, is a professional football club. Established in 1970, PSG is located in France. The club from Paris became a notable entity in France and European football since 2010. Amongst their accomplishments may include the winning of 37 major trophies which propelled then in top position among other football clubs.

What do they have in common you ask? As of recently, the two became official gaming partners. Notorious for its esports department, the football club decided to join up with Supercell as an attempt to expand in that respect. Therefore, the gaming company, known for other three mobile games: Hay Day, Boom Beach and Clash Royale, found itself partner of the football champions.

PSG Esports was constituted in 2016 by the club’s president Nasser Al-Khelaifi and already has teams in games such as FIFA, Rocket League, Dota 2 and Bang Bang.

As of February 2019, PSG Esports will have its own team in Brawl Stars, the last Supercell strategy game. PSG’s team will consist of Murat “SunBentley” Can, Maxime “TwistiTwik” Alic, and Anthony “Tony M” Cagny. Théodore “Trapa” Bayoux, became the manager of Brawl Stars team. Together with this title, Bayou also became one of the PGS’s official YouTubers. Supposedly, Supercell is going to create a PSG version of Brawl Stars.

The partnership will benefit both entities in terms of popularity, particularly in Asia, where the League 1 champions have the most devotees on social media.

Supercell showed its admiration for the French football club and eagerness to learn from each other’s skills and knowledge. Their manager in Europe, Manuel Langegger, carried on saying that “we share the same goal of entertaining global audiences by producing innovative, high-quality content.”