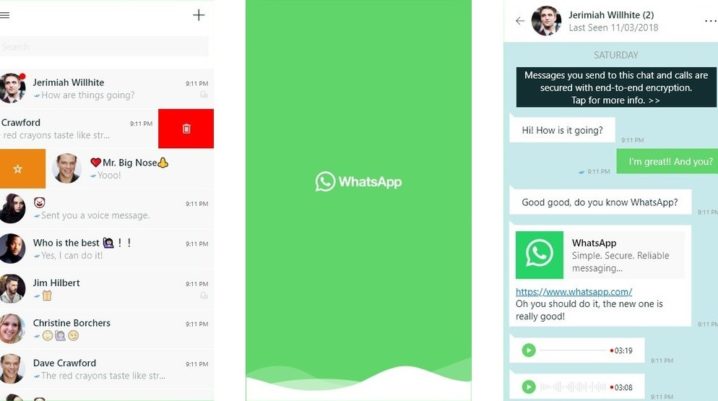 As we already know, WhatsApp app is owned by Facebook, and its purpose is to make video calls, send text messages, documents, location, voice messages, photos, videos, and create chat groups. A lot of rumors have been out about bringing the app to Windows 10 desktop and the ending support of other versions of Windows Phone. In the meantime, some platforms are already confirmed, and WhatsApp won’t be supported on All Windows Phone OS after December 31, 2019; Android versions 2.3.7 or older after February 1, 2020, and iPhone iOS 7 or older, after February 1, 2020.

What Is WhatsApp with UWP?

However, Facebook plans to bring its WhatsApp app to Windows 10 desktop and integrate other features. The company has made a plan and a project which resulted in a successful partnering between WhatsApp and Microsoft. This is not the first time Facebook and Microsoft are working together. They have worked together for creating Facebook for Windows Phone 8. And WhatsApp for Windows phones is the best example of this kind of collaboration because the app is still receiving new features and updates.

Finally, all the rumors about having WhatsApp with UWP app are now confirmed by WABetaInfo and soon will see this app to devices when the Silverlight app will be retired, maybe at the end of the year. If Facebook goes on with its plan to merge all the apps (Facebook, WhatsApp, and Instagram), we may have UWP app to rule them all.