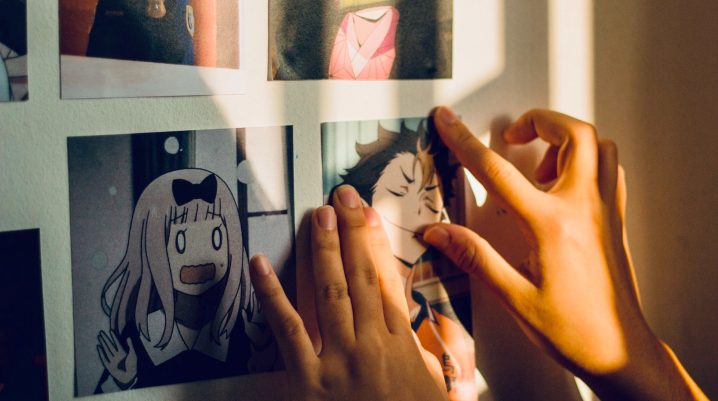 Anime has taken over the entertainment world by storm with all sorts of media platforms incorporating anime characters and graphics aside from manga and TV series. Anime games are one such insane phenomenon, with these games gaining immense popularity. These games are available on multi-platforms and are known for their engaging and high-quality features.

Since anime supports a huge fan base all over the world, and the industry thrives on multi-platform entertainment, many anime shows have been coming up with their game versions too. Most of them can be accessed and played for free on both iOS and Android phones. Whether you’re a pro gamer or have recently started getting into anime and want to diversify your experience through gaming, we have collected a list of the most fun and inexpensive games on your mobile to download today.

Since most anime games thrive because of their interactive interface-their main strength, they are set in fantastical lands with narrative-based concepts. This is one of the main reasons gamers are hooked to these anime-based games, as they want to continue moving through to reach the end of the story. Anime game developers use artificial intelligence to keep their gaming audience engaged, which is one of the main reasons why these games are hugely popular.

Go on and scroll through our list of anime-based games that can be played on your mobile phone for free.

Azur Lane has stood at the top of our list since its launch in 2019, as this game has revolutionised the anime gaming experience beyond imagination. This free mobile game combines elements of shooting, simulations and battle features with a narrative story in the background. The storyline is set in an alternate universe parallel to World War II, where the characters engage in a naval warfare scenario.

It’s a unique mix of a shoot-and-fight game alongside artistic graphics that anime is known for. Players are required to organise their ships, break through enemy gunfire and control the battles using around 300 ship types and characters. It works excellently on the Samsung phone with easy and intuitive gameplay based on 2D side-scroller technology.

Genshin Impact is one of the most popular mobile games in the world, owing to its incredible characters, gameplay, collaborative features, and graphically visual world. The game has a huge community of players and is well known on social media as a leading anime-based game. However, its main selling point is its incredible world that supports endless exploration scenarios from massive mountains to huge caves to sky castles and enchanted forests.

There is so much to do while playing this game that many find it highly addictive due to its non-repetitiveness. Most importantly, this game is free-to-play on multiple platforms, including PlayStation, PC, and mobile phones. Furthermore, the activity-packed open-world setup alongside a solid narrative storyline, detailed characters and voice animation features, as well as expansion packs at reasonable prices, make this game a huge hit amongst anime games.

Since Genshin Impact offers co-op support and cross-play features, it draws many more gamers who collaborate and play together to win prizes, clear chests and solve puzzles. Its incorporation of natural elements and environmental abilities for characters gives it a very authentic feel. For beginners, there are many tutorials along the way to help users navigate as well as allow fun and interactive elements inside the game, such as cooking the characters’ food using manual resources.

Fate/Grand Order is the game based on the massively popular Fate anime from Japan. The game is highly developed, with a diverse character catalogue to choose from. It’s an archetypical battle against the bad game that features a story mode and online PvP. It is free to play and comes with amazing audio capabilities and voice animations.

The selling point of Fate/Grand Order is its 300+ characters to choose from, which all contain their own strong storylines. It is one of the highest-grossing mobile games in the world, with a huge fanbase for the game as well as the anime series, manga and movies based on the game. Available in five languages, this game is a must-try anime-based game that surpasses not merely anime games but popular combat games such as Fortnite and PUBG in and PUBG in terms of total downloads.

This game is very closely tied to the real anime novel series, making it a likeable and familiar place to indulge in; for example, the game characters use original voice actors from the show. Other than this, the game comes with various customization elements and online PvP. This game is a fantastically popular anime game that will become your instant favourite game to get hooked on as soon as you try.

The environmental graphics and the world inside the game are also brilliantly thought-out, changing everything from the environment to upgrades and characters as time passes by. It is a turn-based role-playing game that runs on Android and iOS alike and performs very well with a fairly capable computer configuration.