Home Games Overwatch: Release News for Echo – See What the New Character is Capable Of 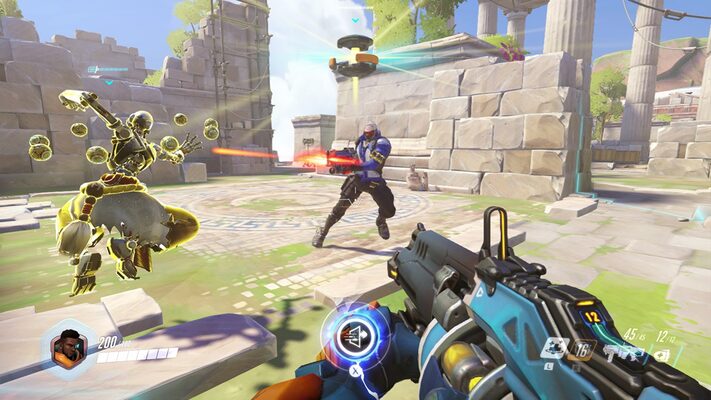 Blizzard Entertainment did an excellent job about five years ago when it released Overwatch, an exciting team-based multiplayer first-person shooter. The game is available for the usual platforms (PC, Xbox One, PlayStation 4, and Nintendo Switch), and it’s expecting a brand new character pretty soon. His name is Echo, and he will be featuring some impressive abilities.

One of the main abilities of Echo is reducing the explosion damage from 30 to 25 caused by sticky bombs. Overwatch Game Director Jeff Kapaln tells us more about what we can expect from Echo:

“Echo fires three shots (Tri-Shot) at once, in a triangle pattern.

“Echo fires a volley of Sticky Bombs that detonates after a delay. Echo uses Flight to surge forward quickly, then can fly freely to avoid danger or maneuver to a more strategic location.”

“With Duplicate, Echo targets an enemy hero and clones them, gaining all of their abilities and potentially changing a team fight in an instant.”

Overwatch will clearly become an even more interesting game when Echo arrives. Unfortunately, we don’t have an exact release date for when Echo will become available in the game, but we do expect that moment to occur somewhere in Mid-to-late April.

Those who want to play Overwatch on their PCs won’t need to match too high system requirements. Let’s see the minimum demands of the game: game:

Gamers, be aware! Overwatch is improving once more! Are you ready to join the action?