Home Games The Elder Scrolls Online On Nintendo Switch – Is It Possible? 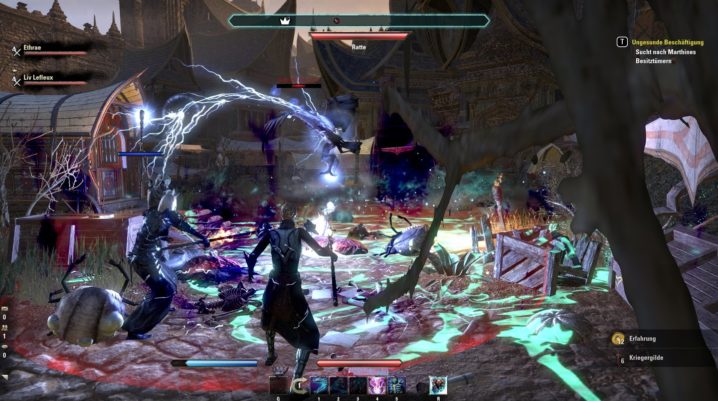 Matt Firor, the game director at ZeniMax Online Studios, was questioned on this matter last year during an interview at PAX Australia. He stated that, as much as he would like for the release to be possible, he does not believe the hybrid console would be fit to run the game. Elder Scrolls Online is one of the largest games in the world that requires high-tech specifications that Switch simply can not provide.

In a more recent interview with Twinfinite, Firor spoke about the upcoming launch of ESO on Google Stadia. Yet again, he has been questioned about the possibility of ESO ever coming to Switch. The director gave a direct answer, saying it’s not going to happen. According to him, this would only be possible if a streaming service was available.

Will The Elder Scrolls Online Ever Be Available On Nintendo Switch?

“Not going to happen. The only way it’d work is if there was some kind of streaming service on Switch. It’s just not powerful enough,” he said.

However, fans did not lose their hope. Considering that CD Projekt managed to get Witcher 3 on Nintendo Switch, there might be a possibility for Elder Scrolls Online to follow in its footsteps. Still, we must consider that, although Witcher 3 is a big game, it offers an offline experience.

Streaming services for Switch already exist. However, only Japanese users have access to them. The Switch streaming services include cloud versions of games like Assassin’s Creed Odyssey, Resident Evil 7, and Phantasy Star Online 2. It is a matter of time before Nintendo launches the streaming service for Switch worldwide. We will see then if The Elder Scrolls Online comes to the platform.