Home News iOS 13 Will Be Released Next Month, and It Comes with Improved Performance 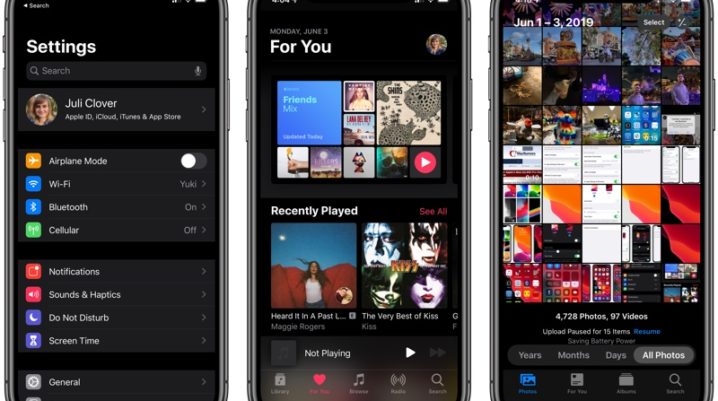 Apple has just revealed the next version of iOS at this year WWDC. One of the best additions is dark mode, which was the most expected to make its appearance. Besides the visual additions, iOS 13 comes with many improvements when it comes to performance.

The dark mode for iOS 13 comes with a fantastic change in terms of appearance since Jony Ive revamp back in 2013. You can get in control from the brightness setting in Control Center. You can also set to automatically turned-on in the night time. The dark mode is the best when it comes to your eyes because the amount of light that it produces is low. This happens especially on the OLED panels, which are found on the iPhone X, iPhone XS, and iPhone XS Max.

What about the improved performance?

iOS 13 comes with significant improvements when it comes to the general performance of iPhones. In comparison with iOS 12, if you want to open apps, you’ll do it in half the amount of time with iOS 13. You can best see these improvements if you take a look at the older iPhones, such as iPhone SE and the iPhone 6S. They were released four years ago. The apps on the App Store will be updated to packages which will come in smaller sizes, which means that the apps will download and install faster than they used to.

Apple also added features such as “swipe keyboard” and 360 views for Apple Maps, which is quite similar to what Android has been offering us for years now. However, there is one amazing thing: the ability to pair two sets of AirPods to a single iPhone. This means that two persons can listen to the same content at once.