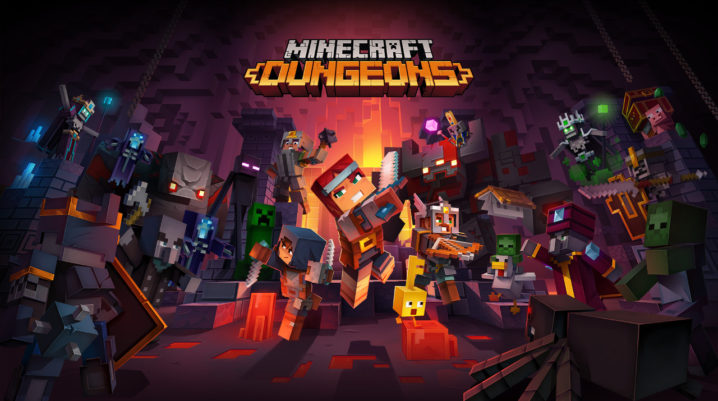 Minecraft fans will see a new type of game next year. Minecraft Dungeons is currently under development, and it will be launched as an RPG. The game will be available on PC, Xbox, Playstation, and Nintendo Switch.

There is no official release date for the game as of yet, but it is expected to be released in mid-2020. There is talk that the game will be released around May. Due to the time of the game’s development, many people are wondering if it will coincide with the next-gen consoles from Playstation and Xbox.

The new game will be quite similar to the classic version of Minecraft, but it will center around the character, as RPGs tend to do. The Minecraft roster of creatures will provide players with adventures while roaming the map. A player will have the option to choose a single-player mode or find three other people to play the game as a four-member co-op.

The game has received an improvement in graphics. Everything is quite neat and shiny but don’t expect anything crazy as you’re still basically playing with Lego blocks, more or less. The theme of the game has been shifted to something close to Diablo but in block form.

A new weapon system has been implemented to the game, probably a mix between finding weapons and crafting them. It would be strange not to have the option to make your own weapons as Minecraft is all about crafting. It’s in the name.

The new game will be available on the official website as well as the Microsoft Store. Players can sign up on the Dungeons website to play the game in beta mode. Minecraft Dungeons has been created with the Unreal Engine 4, but graphics and processing power will not be an issue. Pretty much everybody can run the game.