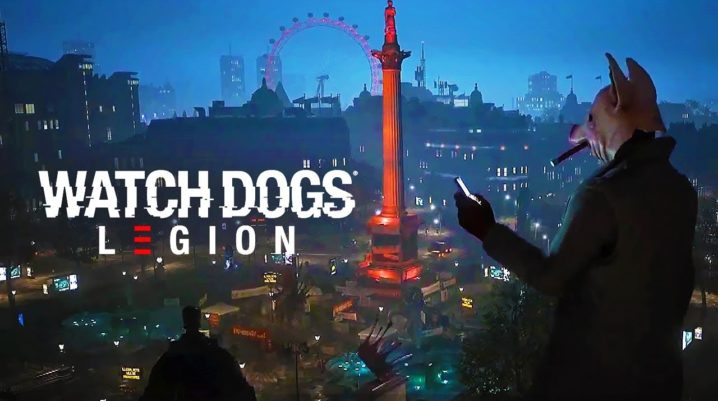 Watch Dogs Legion offers an exciting take on an anarchist, post-Brexit London
Ubisoft showcased the anticipated game during its E3 2019 conference, and lucky attendants watched a free gameplay video. The third entry in the series will explore a dystopian setting which is filled with potential and the chance to deliver a memorable experience.

One of the most exciting changes is related to the protagonist of the game. While the other games in the franchise offered a single protagonist Watch Dogs Legion will allow players to recruit any character from the game. Each potential candidate provides strengths and weaknesses which have to be taken into account before you decide to approach a mission.

London is already known for the heavy focus on surveillance technology, but Watch Dogs Legion elevates the fact to dystopian levels. Drones are an essential part of society, and some of them can scan persons and attack potential threats on the spot. A private security company has a significant influence across the city, and the situation is quite grim.

The current Brexit context shaped some traits of the game, but the location was selected before the referendum took place. In the Legion universe, Scotland obtains its independence.

The promise of playing with any NPC in the game appears to be over-ambitious, but Ubisoft strives to deliver a fresh experience. Cutscenes, story beats, and dialogue options will be different, in accordance with the character which is currently in use. Players may learn that some citizens are better at non-lethal combat while others excel at hacking or infiltration.

However, before you recruit an NPC in Watch Dogs Legion, you will have to earn their allegiance by convincing them that they should join the cause. Single-player and multiplayer modes will be available.