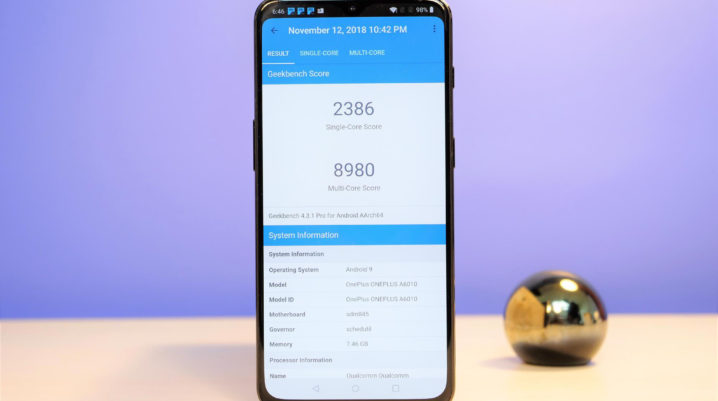 OnePlus became a very resonant name in the smartphone industry over the past years. Last year we were presented the OnePlus 5T as one of the best flagship smartphones of the year, and now the OnePlus 6T is receiving great feedback from smartphone reviewers and consumers worldwide.

OnePlus was initially meant to be the best mid-range flagship smartphone brand, because of their high quality packed in a great value bundle. Features like timely updates, stock Android alongside the great value for money make OnePlus devices such great phones.

Here are some of the most important recent OnePlus 6T updates:

9 August 2019: OnePlus began rolling out a new update for the OnePlus 6T, which came with OxygenOS 9.0.16, the update adds the Fnatic Mode, optimizes pocket mode, fixes some issues with apps, adds a fast reply in landscape mode and other features.

3 June 2019: The OnePlus 6T received a new update with OxygenOS 9.0.14, bringing the May 2019 Security Patch and adds support for Quick Paring of Bullets Wireless 2 and some bug fixes.

15 May 2019:  The OnePlus 6T received an update containing the all-new May 2019 Security Patch, improving the data transfer remaining timer in the OnePlus Switch Apps, fixing bugs and bringing an overall boost in performance.

1 May 2019: The OnePlus 6T got an update for its device before the launch of the OnePlus 7 Pro, in the form of the Open Beta 9, showing a warning when the display of the device is overheating, improving UI, adding a new search field, improved UI for the Social page, and various other miscellaneous little fixes.