Home Games The Elder Scrolls: Oblivion Makes Its Way To Skyrim Engine Via A Fan-Made Mode 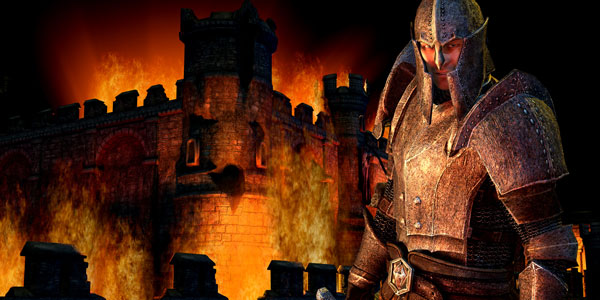 Be impressed how another realm bravely makes its way to the Skyrim Engine – The Elder Scrolls: Oblivion! Find out how a fan-made mod brought another perspective to the most appreciated game.

The Elder Scrolls: Oblivion represents for sure one of the RPG games worldwide, succeeding to bring for so many great experiences. Being very appreciate by so many, resulted in a fan’s decision to see things differently.

The news about a brand-new fan-made mod took us by storm, letting us in awe. The new fan-made mod has set its goal to bring a tribute to the so loved game, also bringing it into The Elder Scrolls V: Skyrim engine.

Proudly named, Skyoblivion, represent a mod developed by a significant team of volunteers calling themselves, the TESRenewal. Their mission is to make Oblivion available to a more considerable fan base of gamers, also re-introduce it to old fans of it.

Fan-Made Mode For The Elder Scrolls: Oblivion Is Developed For Skyrim Engine

They started remade it and creating Cyrodiil, plus all of The Elder Scrolls: Oblivion DLCs, for Skyrim and Skyrim: Special Edition engines. They also stated that to get this experience, you must already have Oblivion, Skyrim, and of course, the other DLC for both games.

It’s essential to understand how simple the access to Skyblivion it will be if you benefit from all the above things. What are you going to do next is just download it from Steam Workshops, if it’s more easy for you, also you can find it on Nexus and Bethesda mods, too.

After the installation, you will have to open Skyrim and create your brand-new character. The Skyoblivion then it will make its job being available to bring you a new Elder Scrolls: Oblivion experience.

Unfortunately, we don’t know exactly when The Elder Scrolls: Oblivion would become available for Skyrim engine, but we know that we are going to get free access when it is launching on PC!