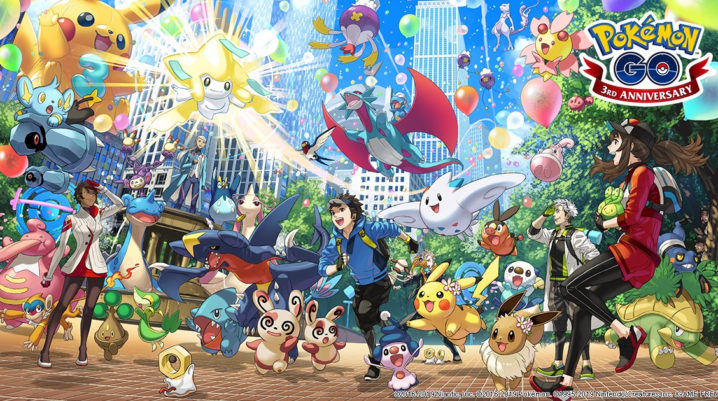 Pokemon GO fans, we have some exciting news for you. Some official information just came in and we think that you would like to hear it. Keep reading if you want to find out what it’s about.

So, what‘s the big news?

Well, according to Niantic, fans from all over the world managed to do something really nice. They unlocked the Ultra Bonus. If you’re wondering how they managed to do that, we have the answear for you. They completed over 36 million research tasks. That’s pretty impressive, right?

The announcement was made on Twitter and we were able to find out that the Ultra Bonus will be available starting September 2019. We’ll have three weeks of Ultra bonuses planned and we want to give you more details about each one of them.

The first round of Ultra bonus

We know that the first round will start on September 2nd and will be a global challenge. It’s actually called Professor Willow’s Global Challenge Ultra Bonus Week 1. It will be available for one week, so you need to hurry up.

Round two of Ultra bonus

The second round will be planned pretty much the same. It will start on September 9 and it will be over after one week, on September 16.

However, the bonuses are different every week. If in the first week you could win a brand new Pokemon, in the second one we’re expecting to see a Mythical Pokemon that you can catch. We can’t say which Pokemon will appear because we don’t have that information yet.

Round three of Ultra bonus

Week three will be something in between the first and the second week. It will be over on September 23. Some new opponents and some atypical new Pokemon might appear, but we’ll have to wait and see which one are they.

That’s all we have so far. We’ll keep you posted.