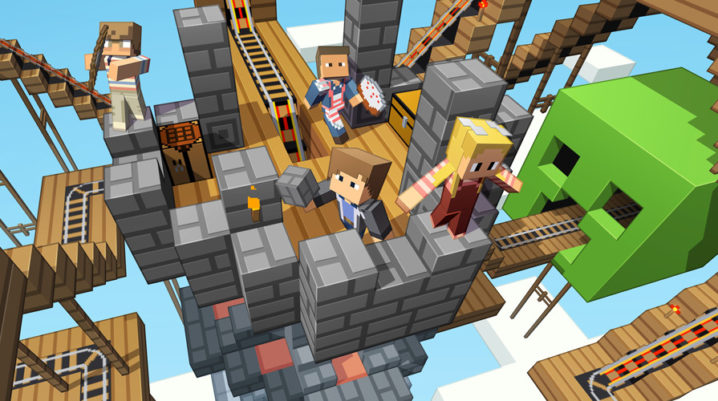 Yesterday night, Minecraft has been experiencing some technical difficulties that led to the crash of the Minecraft Realm. Players found themselves powerless as the issue made them unable to play the game for hours.

It all started with a simple message that many of the players received. The message claimed that a maintenance job was scheduled in a few minutes. After the five minutes passed, the servers stopped working.

Many players started to complain on Minecraft platforms about the issue and about the fact that even after hours have passed, they were still incapable to go back to the game.

An interesting fact is that the developers have not posted anything about the maintenance job it was announced to the players. Also, the Mojang team haven’t said anything about this, not about the maintenance message and not even about why the servers stopped functioning and how long it was going to last. It is worth mentioning that not even a day after the problem, the gaming company have not said anything.

The most reasonable explanation would be to say it was an outage. Despite all this, the servers’ status claims that everything functioned as it should have.

Minecraft’s developers left some instructions in case something like this would happen.

For Xbox users – if a player is not able to log in, he or she has to verify first the Xbox live service status. In the event that the status claims there are no issues, the next thing to do is find the error code and contact Xbox support. If the problem is with the Xbox, their team should help the player to log in.

For other devices – First and foremost, check Mojang’sTwitter account in case they have already announced the problem. If not, contact Minecraft support team and give them the details of the problem, along with the Minecraft edition. The team should be able to solve the issue.