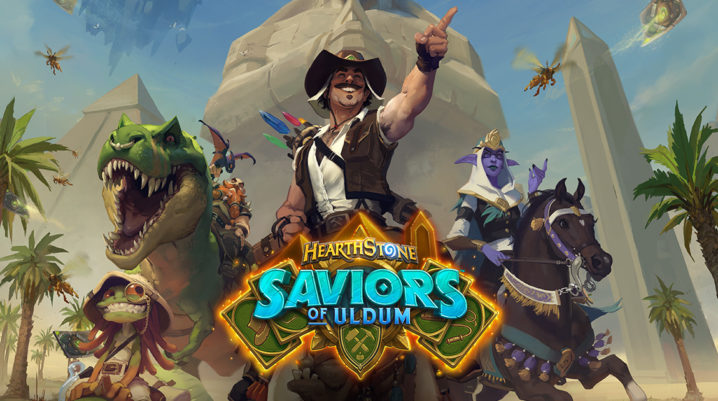 The new expansion for Hearthstone is now available for download across multiple platforms. So, this is a good day for you, if you’re into card games. Blizzard is gunning for a global release but it’s looking like some users might get the game a little sooner than others.

If you want to learn about the features and characters of the new expansion get on Twitch or Youtube. There is no doubt that gamers and streamers are posting instructional videos on the new content as of this moment.

Fans of the game can expect updates to Hero powers and a whopping 135 new cards that need to be collected and discovered. Among these cards, some lucky players will uncover the devastating Plague card that is said to have board clearing effects.

The Reborn will be something new to Hearthstone as it is being said that they’re undead that constantly come back at 1 health as mummies. Blizzard are saying that Rise of Shadow and Saviors of Uldum are expansions that experiment with game mechanics. The company wants to explore new ideas that will bring depth and efficiency to the gameplay.

Blizzard has also brought back heroes from the League of Explorers expansion due to their high popularity among fans. The Explorers will take center stage in the new DLC as they will fight another group called the League of E.V.I.L.

The description for the DLC storyline reads:

“Arch-Villain Rafaam and his band of misguided miscreants have navigated the capital city of Dalaran across the world and have arrived in the land of magical mummies, treacherous tombs, and sand-swept horizons – Uldum!”

There will be a single-player option that will come in a September update. This will be called Tombs of Terror. Pretty much nothing is known about the upcoming expansion but those mummies should come in handy by the sound of the title.