Home Games Call of Duty: Modern Warfare will Come with Support for Keyboard and Mouse 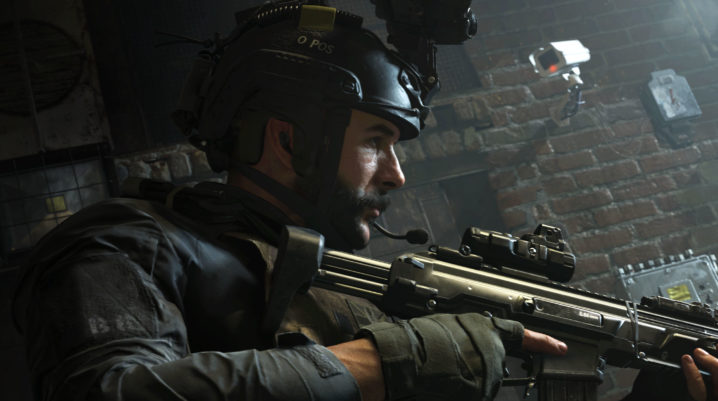 Consoles supporting a keyboard and a mouse is quite unusual, but when a controller features these tools, it usually has a huge advantage over those utilizing joypads. Infinity Ward is considering this when it comes to matchmaking, particularly when it comes to playing across platforms.

Design Director Joe Cecot explained to Dualshockers that the matchmaking would be peripheral, so, for instance, if you are a keyboard player, you are going to be matched with other keyboard players.

Both PlayStation 4 and Xbox One versions of the title will come with support for keyboard and mouse controls. The PC version is being developed by Beenox, and will also be completely packed with unlocked frame rates, FOV sliders, and widescreen, and also multi-monitor support.

The game will have four beta versions, thanks to exclusive deals made by Early Access and PlayStation. Here are all the beta versions:

People have recently criticized Infinity Ward for deciding to feature a White Phosphorus killstreak in the game. White Phosphorus is a chemical agent that has been prohibited by numerous countries due to the horrible chemical burns it causes. The United States, naturally, has not agreed not signed up to the interdict.

Infinity Ward has rationalized the integration of the chemical by claiming they are designing a ‘playground to play on,’ a statement which seems quite peculiar as their past claims were centered around that fact that they are trying to make the game more realistic. As a matter of fact, they have recently announced a ‘Realism Mode’ which comes with no hit indicators from the game and has a different soundscape.

Call of Duty: Modern Warfare will be available on the market and online stores on October 25, 2019, for PlayStation 4, Xbox One, and PC.