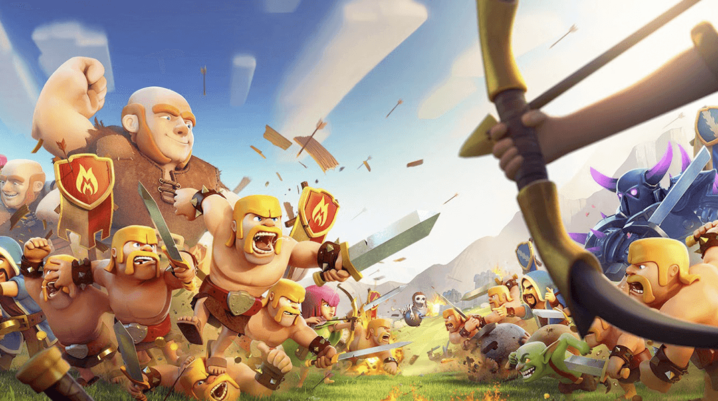 We all know at least one person who play Clash of Clans. Why? Because the game is very addicting and it gets cool updates all the time. We are not surprised that it was for a long period of time the most downloaded game of the charts.

However, the latest updates were not quite appreciated by the fans and some of them decided not to play it anymore. If you’re looking to uninstall the game from your phone, we made for you a top of the best Clash of Clans alternatives.

First on the list, we have Castle Clash. Here’s what you need to know about it. The game is very popular and shares a lot of similarities with Clash of Clans. The difference between the two of them is that the character of Castle Clash is a warlord and not the chief of the village as it was in Clash of Clans. Apart from that, a lot of features are pretty much the same: the map size, the troops, the layout.

Clash Royale is another good option for you, even if it has a lot of things in common with Clash of Clans such as the Barbarians, the troops and the graphics. The style of the game is considered different by some people and we really think that you should try it.

We think that Viking Wars will be an even better gaming experience than Clash of Clans. Why? Because their graphics are considered better by the specialists and also the gameplay is a lot faster comparing to Clash of Clans. Viking Wars is not that popular, but you will enjoy it for sure.

Call of Duty: Heroes is the fourth option that we have for you. The players have to build an army and to defeat their opponents by putting together some battle strategies. That’s very similar to Clash of Clans, but the game has also a lot of well known and appreciated Call of Duty elements.

Clash of Lords 2 is the most popular game inspired by Clash of Clans, with over 50 million downloads. The alternative has a lot of similarities with the original: building an empire, fighting with other players and following a battle strategy.