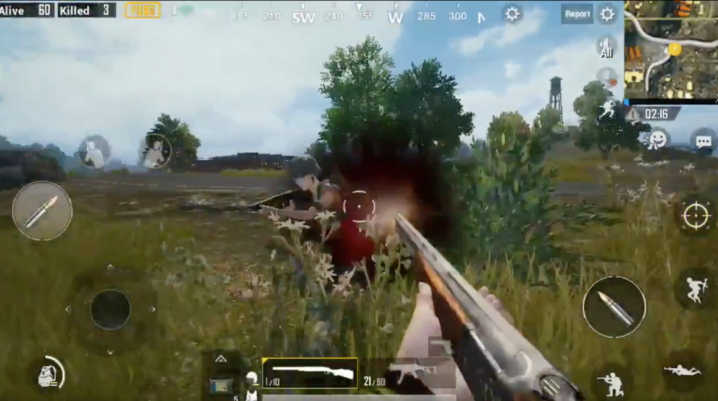 PUBG Mobile has come, has seen and has conquered the stage of battle royale games since 2017. Since it was released by its developers, PUBG Corporation, the gaming community huffed and puffed and blew in proportions, not only with esports tournaments, but also with the career options in the gaming industry.

While PUBG Mobile, which is an abbreviation of PlayerUnknown’s Battlegrounds, is an exceptional game, maybe some of you want to try something new. If you do, we did our research and brought together three other battle royale games that can be alternatives to PUBG Mobile.

Garena Free Fire is the most well-known game among gamers in India and the second most downloaded game on the Google Play Store at the end of 2018.

The aim of the game is to compete against other players and to win. There are 50 other competitors and the battleground is an island. Due to its features, the game can also be played on low-end devices without any problems arising during the game.

Cyber Hunter is a very new game as it was released a few months ago by NetEase. It has a battle royale format whose futuristic theme and battle elements, such as hoverboards, microwave guns and weaponized vehicles, made it to become a very popular game.

An interesting feature of Cyber Hunter is that players are able to create their own playing style. It also hosts a variety of parkour integrated movements which makes the gaming experience richer.

Call of Duty is the quintessential game every gamer must have played at some point in their lives. This year, the gaming community will be rewarded with the mobile version of the game.

The beta version was released in July 2019 by its developer, Tencent Games, but the official release of the game was not disclosed yet.