Home Games No Man’s Sky: Beyond VR To Launch This Month 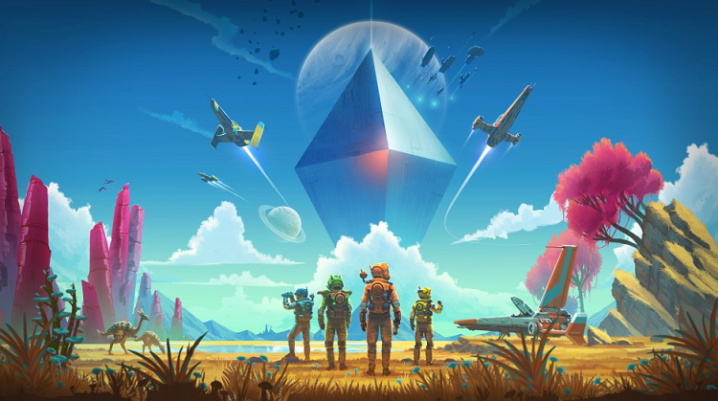 In case you have been busy with something else, such as enjoying your summer, we are here to inform you that No Man’s Sky: Beyond will be ready to launch in just a couple of weeks, on the 14th of August. The VR capability of the game means that you can directly enjoy in that enhanced way of consuming entertainment with the help of a pair of VR goggles.

No Man’s Sky: Beyond VR

The new game and its VR enhancement have been announced by Hello Games in the early part of 2019. It is meant to upgrade the online features of No Man’s Sky as well as the previously mentioned VR feature. Another significant feature of the game is currently being kept under wraps by the developer, but it can’t stay hidden forever.

The devs have stated that the VR function of the game will not be a separate mode in which the player will only get some of the content. In fact, the VR function will envelop the entire game. So, anything will be possible, and the VR experience is sure to enhance the space vibe of the game.

No Man’s Sky: Beyond features

Due to the way the devs set things up by using some fancy algorithms or witchcraft, the game seems quite limitless. Which seems quite appropriate for a scenario where space exploration is the main objective of the game.

The player can set out and explore millions of planets and stars if there are enough hours in the day to do that. The other thing that can be done is to follow the game’s primary objective and reach the center of the universe, somehow.

Hello Games have implemented the use of console controllers if that is what tickles your fancy. The company has also stated that the extension will be free for all users that have bought the original game.

No Man’s Sky: Beyond