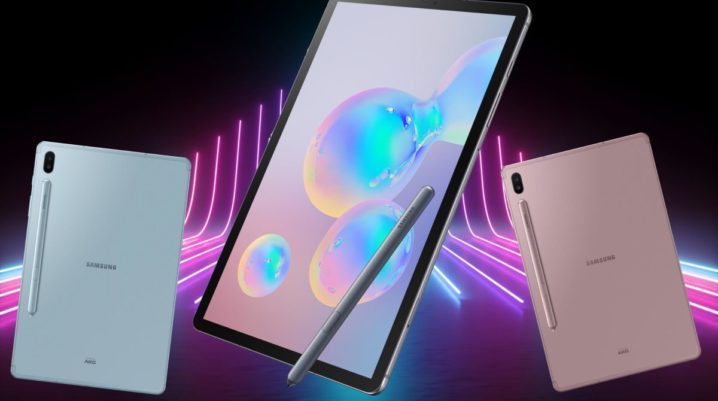 There is very little time left until Samsung Galaxy Note 10 is expected to be made public. The countdown has already started. Despite all this, apparently it seems that Samsung Electronics may have a few surprises up their sleeves for their fans. On July 31st and August 5th, the multinational electronics company from South Korea are expected to confirm some new products alongside Samsung Galaxy Note 10 even though there was no official confirmation from the corporation. But something was given to us, and that is the new teaser video that more or less reveals the new Samsung Galaxy Tab S6.

Tab S6 was designed as a new and improved replacement for Samsung Galaxy Tab S4. It will come in three colours: Cloud Blue, Rose Blush and Mountain Gray and its display will be 10.5” WQXGA Super AMOLED (1600×2560) with 287 ppi. It will house the Qualcomm Snapdragon 8150 Mobile Platform. The memory is going to be comprised of 6 or 8GB RAM with 128 or 256GB internal storage. It will contain an expandable memory which is able to reach up to 1TB and a nano SIM card. The OS used will be Android 9 (Pie).

The tablet will come with an S Pen attached to it, in the same colour variants as the tablet. There will be a faint indent on the back of the tablet which will magnetically secure the pen to the back. Also, the pen will automatically start charging immediately as it is attached.

Samsung Electronics advertises the conversion of the tablet into a desktop, alongside a BookCover Keyboard and a touchpad.

The Galaxy Tab S6 will also include a dual-camera at the back, which is a first for a Galaxy Tab. The vertically aligned dual cameras will be comprised of a 13MP Ultra Wide Camera and a 5MP Wide Camera. The front camera will have 8MP.