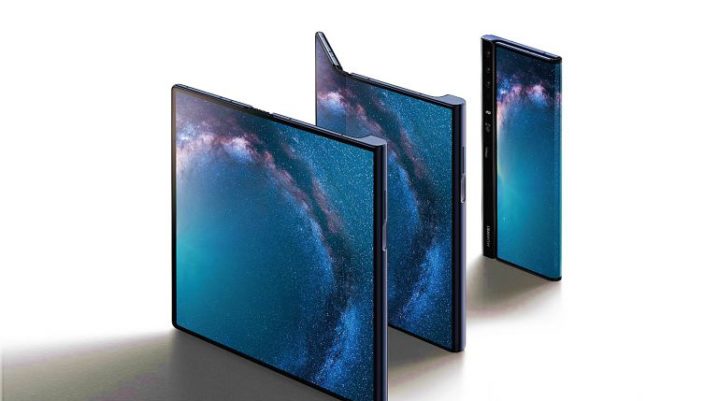 Richard Yu, the CEO of Huawei, the Chinese tech giant, showed up in an airport having the Huawei Mate X folding smartphone in his hands. The journalist who came upon the CEO, Li Wei, captures the phone in pictures and she then posted them on Weibo, a Chinese social network.

The Huawei Mate X has been unveiled in February during the Mobile World Congress, but back then it looked differently. The phone-tablet hybrid looks like it suffered some changes since then.

The rear of the smartphone looks to feature one more camera. Some reports suggest that it is a time of flight sensor, which helps take depth-sensing pictures to a whole new level. In addition to that, it looks like the company has added some texture to the hinge as well as to the strip on which the cameras can be found.

When the user wants to fold the smartphone, they need to press a button. Many reports claimed that the button looks bigger now. Aside from what we have mentioned above, regarding the design, there are no other differences worth mentioning. We are not sure whether the inside of the hybrid flagship has also been changed.

Huawei announced that the fans only need to wait until June to get their Mate X, but the launch of the device has been pushed by the Chinese tech giant so the foldable smartphone would have better quality. It makes sense to delay the release because Samsung also experienced some issues with the Galaxy Fold.

The launch of the Huawei Mate X has been announced to take place in Canada. This fact has been confirmed to MobyleSyrup by Huawei, the developer of the folding smartphone.