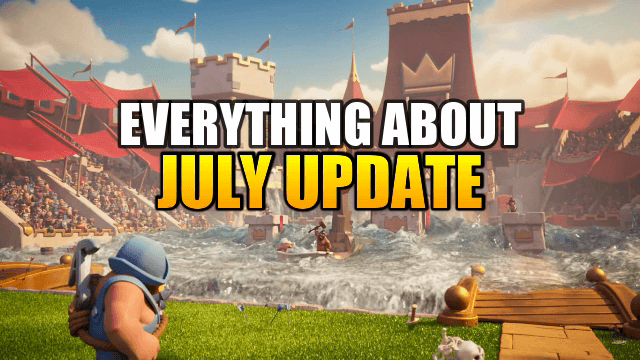 The devs behind Clash Royale have been dropping some hints in recent weeks about some changes in the next update. Some rumors are flying around about a new Legendary card, a new season format, and a theme based on “flood”.

Supercell got up early in the morning and released a 5 AM Youtube video that provides information about the next Clash Royale update. Which should be ready for release on Monday.

The Fisherman. A mix between a stocky dwarf from Lord of the Rings and Pudge from Dota, the sea-loving Fisherman is the newest card to be added to the game. He is a Legendary 4 Elixir melee troop that is proficient in the “ancient art of Fish Slapping”.

His signature move is obviously hooking an enemy troop towards him. The troop will have a 35 percent penalty to movement speed and attack speed for 2.5 seconds.

Pass Royale. Clash Royale has seen quite a few years of existence but the devs are rolling out something called Season 1. It will be a flood theme where players can earn rewards by participating in a new battle system.

The Pass Royale will be priced at $4.99 per month and will give access to exclusive tower skins, cosmetic upgrades, emotes, and random rewards for participation.

Balance Changes. The game will be receiving new content. But the old content will get a buff and shine to make it look prettier. As 6 current cards will be fiddled around with, receiving buffs, nerfs, entire reworks.

Perhaps the most potent spell in Clash Royale, the Barbarian Barrel will receive a 33 percent lower width to lessen its abilities for the sake of balancing.

Giant Snowball and Internal Tower will also be nerfed by receiving a 17 percent radius reduction and a 25 percent lifetime decrease as well.