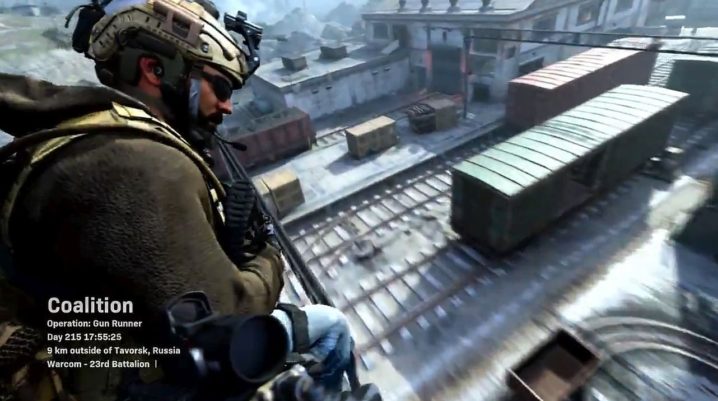 There is one week until Call of Duty: Modern Warfare full multiplayer is revealed, but the developer, Infinity Ward, decided Activision, the publisher, should release a teaser trailer so fans will get even more exciting after having a glimpse of the multiplayer game.

The game will be released this October for Xbox One, PS4, and PC and Infinity Ward expects players to spend many hours in front of their screens playing this with their friends. The trailer shows a little bit of how a match starts and the animation work is incredible.

What can you see in the new Call of Duty: Modern Warfare multiplayer trailer?

The trailer does not reveal too much as it is also short, but its goal is to get fans buzzing around this game and make them regret it was not unveiled earlier. However, it is not too much time left until the 1st of August. In the video you see players using helicopters to arrive at the matches. You will see even more than this, so you must take a look at the trailer.

Just so you do not forget, we will not see the multiplayer game in all its beauty until the 1st of August. No exact details have been mentioned by Infinity Ward, which means we still have to wait for that deep dive it promised into the game.

What should you expect from Call of Duty: Modern Warfare?

From what we have heard so far, the map of the Call of Duty: Modern Warfare suffered some changes, but they are good ones.

You can start playing Call of Duty: Modern Warfare on 25th of October when it will become available for PC, PS4 and Xbox One users. Regarding additional port, we still do not have any information.

Proceed to the LZ.