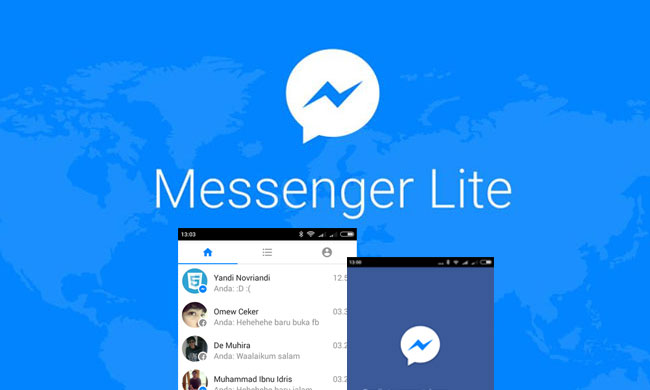 With more than 2.4 billion active users each month, Facebook has remained the most popular social media platform in the world. Facebook Messenger is another useful app for mobile users. Now, Facebook Messenger Lite 64.0.0.2.235 brings performance improvements and bug fixes.

Facebook launched in 2004, and it became a quick hit among the small user base. For several years membership was limited to students of Harvard and other colleges. Many people heard about it, and the success of the platform encouraged the developers to remove the membership restrictions, allowing any person with an active email account or mobile phone number to create a new account.

As smartphones started to become more popular, Facebook anticipated that a new market segment would surface and released a dedicated Facebook app, which made it even more popular than it already was. To help users who loved to chat the company released a standalone app called Facebook Messenger.

The adoption rate was a bit slow at first as many users preferred to use the built-in chat features of the standard Facebook app. To boost the number of users, Facebook decided to remove the chat features from the Facebook app, leaving Messenger as the only alternative.

Some users were against the change, but Facebook argued that it would offer a superior experience. The Messenger app has become quite popular, but it is a bit hard to use if you have an older device. To improve the experience of users who have a modest device, Facebook released Messenger Lite.

The latest Facebook Messenger Lite 64.0.0.2.235 does not bring any new visual changes and features. However, it comes with several enhancements for stability and speed.

Accordingly, the new Facebook Messenger Lite 64.0.0.2.235 comes with a variety of performance improvements and bug fixes.