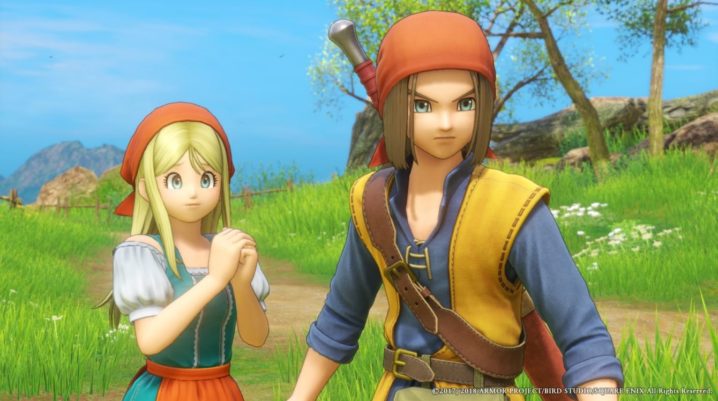 The first game of the Dragon Quest series was released in 1986 in Japan and three years later, the game was finally launched in America too. People absolutely loved it back then. The reasons behind this are simple: it was a role-playing game (which was a new concept back then). A lot of reviewers believe that this game series kick-started the RPG genre. Years passed, consoles and computers evolved, graphics got better and better, and here we are: over 30 years after the release of the first game, we have presented a new version of the game: Dragon Quest XI S, looking promising, as expected.

Dragon Quest XI S will feature a lot of new content to top the original PC and PS4 releases, like solo adventures for all party members.

The official website has been recently updated with new logs about solo quests. The website says that all party members will get their own adventure, which will surface new details on their own stories. Some new characters will take part in their solo adventures.

The Nintendo Switch release will feature an optional 2D mode, only available previously in the Nintendo 3DS release. Field and battle music were specially composed to accelerate the combat experience. It’s up to the publisher to decide whether they will add those changes to the PS4 and PC releases too or not. No statement has been made so far.

Gamers who will experience the game on different platforms will surely realize that there is a difference in gameplay.
Players advance in the game’s world steadily, but with adequate amounts of challenge.

The Nintendo Switch version of Dragon Quest XI S will be released this September.