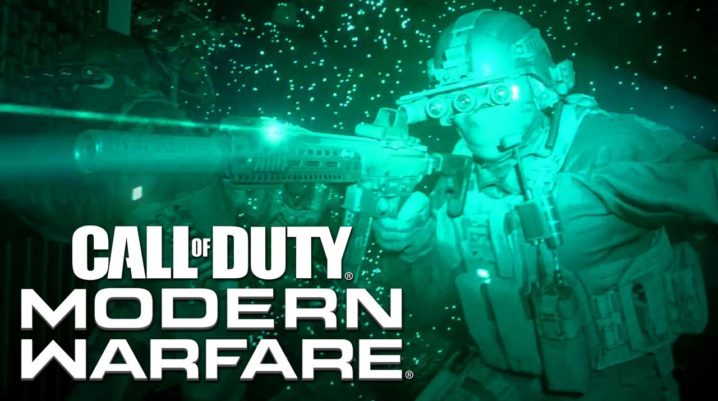 The newest installment in the Call of Duty franchise will be the Call of Duty: Modern Warfare reboot that will come to life later this year, being available for PS4, Xbox One, and PC. The new title is said to be a “re-imagining” of the series, rather than a sequel for the previous games.

The game’s developer, Infinity Ward promises a new storyline that will keep the fans hooked and a new environment that will be a sight to behold.

Call of Duty: Modern Warfare – Back to Roots

The new CoD will feature an old character from the past games, Captain John Price. The Zombie mode that was so highly demanded will not be available.

As the name states, Call of Duty: Modern Warfare 2019 will be an all-out modern epic game with high-tech guns, armors, and many more.

The story so far begins in London with a terrorist attack, as revealed in the trailer. Aside from that, there’s nothing really to go on about it, and the fans will have to keep waiting for the official release and see how the story will unfold.

No Plans for a Seasons Pass in Call of Duty: Modern Warfare

This new game will not feature a season pass, and that will be a good thing for the fans. The game developers say that the fans will be getting more freebies that are some maps, new content and lots more.

Modern means new and updated, and that’s just how CoD will be made. The latest installment will support DirectX Ray Tracing for Windows thus encouraging the gamers to use the newly released RTX GPUs and use them at their fullest potential.

Supporting DXR, the developers will also have to upgrade their IW engine and make it compatible with DirectX. This will play out beautifully with the new AMD hardware.

The 2019 reboot of Call of Duty: Modern Warface promises an excellent start for a “re-imagination” of the great prequels from Call of Duty, and as of this year, the competition seems like a free pass, EA’s Battlefield not having any new sequels in store for this year, making Call of Duty’s road to greatness a piece of came.