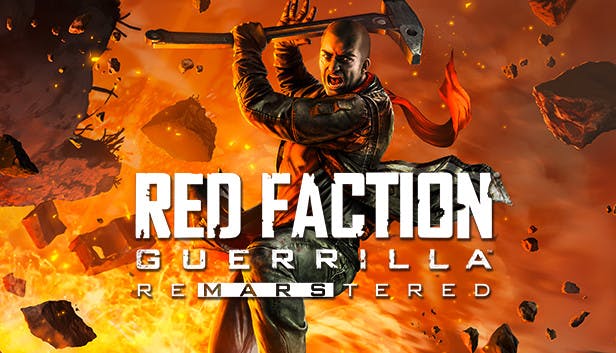 Red Faction: Guerrilla is one of the most popular video games released in the previous decades, receiving a large amount of praise from players and reviewers alike. One of the most popular traits of the game was the ability to damage the environment and to observe realistic effects as towers collapsed and walls felled.

The joy is even greater when the impressive destruction can be caused with the help of a sledgehammer, and a large assortment of weapons will become available as the players progress through the game.

A fair amount of criticism was also present as some critics argued that some missions were uninspired while the others complained about select design choices and the emphasis on the destructible environment instead of a superior story. However, lots of players enjoyed the combat and gunplay mechanics, and the impressive multiplayer mode offered lots of entertainment.

Red Faction: Guerrilla Remastered Edition – Everything You Need To Know

The suggestively-named Red Faction: Guerrilla Re-Mars-Tered Edition comes with a variety of improvements. The graphics of the title were overhauled, with significant changes to shadows, lightning and post-processing effects which complement the enhanced textures.

The pre-rendered cinematics and boosted looks can’t convince players that they are looking at a new game, but it looks considerably better in comparison to the original. It will run at a fluid 60FPS and 1080p on the standard versions Xbox One and PS4 and an upscaled 4K mode on the PS4 Pro and Xbox One X. PC users who have a more modest device and wish to play the title don’t need to worry as the system requirements aren’t as steep as in the case of other devices.

There are also several gameplay experience changes as the matchmaking and multiplayer features have been overhauled and are quite enjoyable. Those who quit the match early will also face some penalties in an attempt to limit potential toxicity. The Red Faction: Guerrilla Re-Mars-Tered version is available for the PC, the previously mentioned console models, and the Nintendo Switch.