Home Games Pre-alpha ‘Plants vs. Zombies 3’ Is Available For Testing With New Improvements 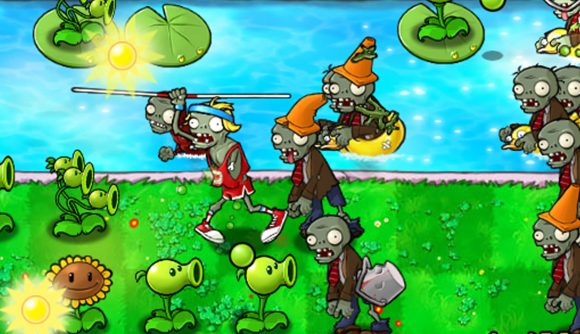 The first stage of development to be tested by fans

As of yesterday, EA games declared that ‘Plants vs. Zombies 3’ can be downloaded from the Google Play Store. The decision was made in an attempt for Electronic Arts to receive comments and criticism from the fans in order to improve the new version. Players are expected to put to the test the newly added combat features. The EA also added that, while it was the first time they released a pre-alpha version of a game, this rendition will not be how ‘Plants vs. Zombies 3’ is going to ultimately look like.

The pre-alpha release will not have any in-app purchases, but the final version of the game will include acquisitions that will range from $0.99 to $99,99. It does not come as a surprise, but we hope that they will not become a problem as it happened with ‘Plants vs. Zombies 2’.

Furthermore, fans have been waiting for a PC release of the game ever since the 2013 sequel, but Electronic Arts betrayed their expectations and released it only for smartphones. Initially, ‘Plants vs. Zombies’ have been developed for Microsoft Windows and OS X, then for iOS devices. Two years later, the Android version was released.

The 2019 pre-alpha release of the game is currently not available for iOS devices users. Also, the EA is still keeping secret the fact whether the third instalment will also be accessible for PC players too. Around gaming platforms, there is speculation that EA might release ‘Plants vs. Zombies 3’ on every platform after all.

We can only hope that our prayers have listened and, maybe, will be answered.