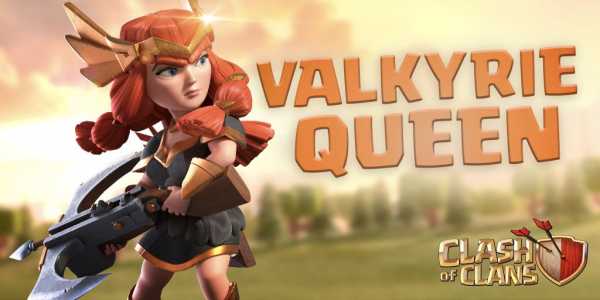 It’s July. It’s a new month, so it’s a new season of challenges in Clash of Clans. You can now complete tasks and unlock new prizes, as the Clash of Clans July Season Challenges is already live.

In the Clash of Clans mobile game, developed by Supercell, a rotation between the Barbarian King and Archer Queen takes place regularly, and, this month, Valkyrie Queen is Clash of Clans July Season Challenges’ exclusive Hero skin.

You have to give $4.99 to acquire the Gold Pass and to complete it entirely for you to unlock the Valkyrie Queen. While completing the Gold Pass, you will receive along the way various prizes, like the access to the Season Bank. But this won’t happen until the end of the month.

Supercell Should Focus More on Clash of Clans Hero Skins

There are a lot of improvements to apply in this area of the game. Supercell is still absent in this part of Clash of Clans, as it would be an impressive skin, and the cosmetics should apply not only to the two heroes but to all troops and buildings in the game.

Maybe it’s time for the developers to exploit the true potential of the Hero Skins for Clash of Clans, and to pay more attention not only for the two heroes but for all troops and buildings, as they all deserve some cosmetics applied. Supercell can juggle with the skins for the Barbarian King and Archer Queen, making the game more fun to play, but that is not up to us to decide.

For now, we can only enjoy the new Clash of Clans July Season Challenges and enjoy the latest Hero Skin of the Valkyrie Queen.