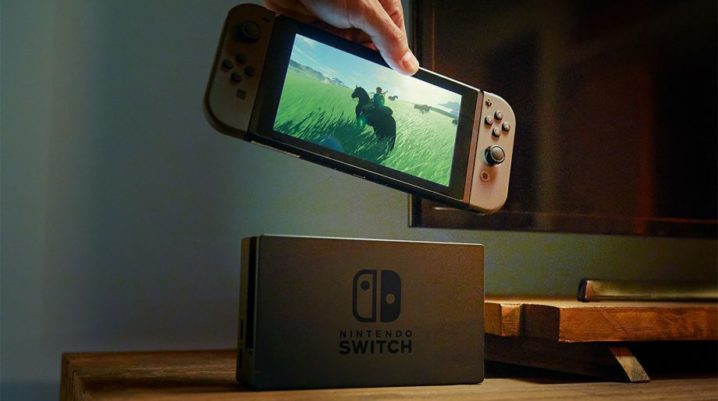 Nintendo Switch, the video game console developed by Nintendo and released in March 2017, will have a mini version in the future, Nintendo Switch Mini.

HonSon, the Chinese gaming accessory company, was the first one to spread the rumors about the upcoming Switch Mini. HonSon posted an interpretation online with what it might be the new mini version of Nintendo Switch.

Some voices are saying that Nintendo Switch Mini will arrive in 2019, with more improvements than Switch’s previous version, including a brighter display and more compact design.

Furthermore, it seems Switch Mini will come with the Joy Con controllers merged to its body, and the whole console will have the size of the present Switch’s screen. We take this rumor as a great idea as we could carry the upcoming Switch as a phone in our pockets.

Nintendo has another two gaming consoles, and we can’t help comparing their sizes, as the Game Boy Micro is indeed smaller than the Game Boy Advance so we can consider it a mini. On the other hand, Switch Mini is not a real “mini” in size, though it will be visibly smaller than Nintendo Switch.

The upcoming gaming console it’s going to be a portable device, so it won’t have the feature that allows the device to connect to a TV, as the standard Nintendo Switch does.

Nevertheless, we are waiting for this little guy from Nintendo. We don’t know what to believe anymore, with the Wall Street Journal saying the new gaming consoles will arrive in June – yes, June is almost over. Beside Nintendo Switch Mini, we are all anxious to hear about Switch 2, even though Nintendo plays dead on this chapter. There are rumors out since last year’s October about Switch 2, a gaming console especially made for hardcore games and a lower priced mini model without a removable Joy-Cons.