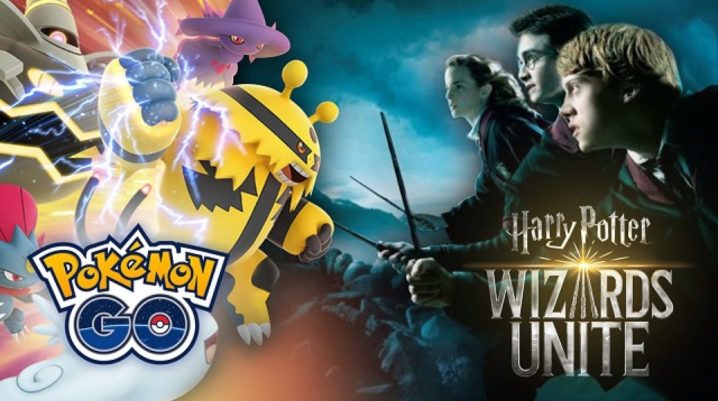 So how do the games compare? In this article, it is our objective to contrast and compare the newly released Harry Potter: Wizards Unite with Pokemon Go.

Both games involve real-world exploration to search for collectibles. With Wizards Unite having the player searching for living creatures and objects. These are magical and are called Foundables. The explanation for their collection is that Muggles and Magic don’t mix and it’s your job to keep the worlds separated.

This magic secret agenting replaces the capture of Pokemon. Is there an actual reason why you capture Pokemon, other than fun?

So Wizards United gives a little more backstory to the core gaming scenario. Due to the fact it has a more complex story to draw on from the books. But still, there are lots of similarities between Harry Potter: Wizards Unite and Pokemon Go.

The new Harry Potter: Wizards Unite AR game takes some elements from Pokemon Go, renamed them and implemented them as new:

The latter mentioned Portkeys come in the gold and silver variety. They are the game’s alternative to Incubators. After some steps are taken, the player can use a Portkey to be allowed access to a location in the Wizarding World.

So it is safe to say that many of the same mechanics from Pokemon Go have been used in the new Harry Potter: Wizards Unite AR game. The issue is that only eagle-eyed players will spot these similarities. That’s if somehow fans that like both franchises exist.

The similarities, however, will not hinder Harry Potter: Wizards Unite players as this game is much more abundant in detail and content than Pokemon Go. Its story variety involving quests and its fully voiced dialogue will basically teleport you into the Harry Potter universe if you are a fan.