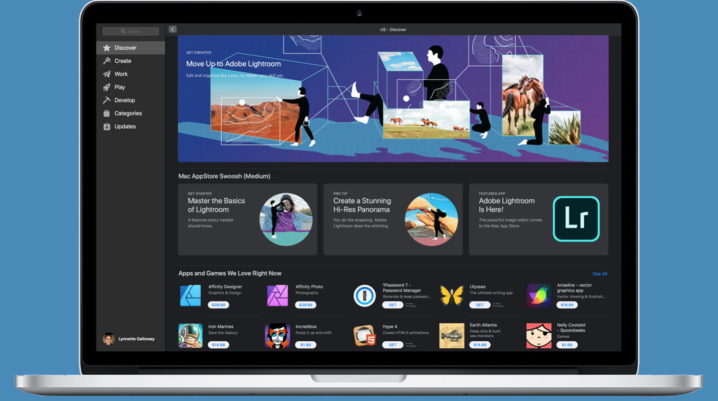 Great news for Apple users! The popular Adobe Lightroom CC app is making a comeback on the Mac App Store!

After Apple announced the redesign for the Mac App Store at WWDC 2018, along with modifications to the sandboxing parameters on macOS Mojave, many of the most popular apps launched or returned to the Mac App Store. Some of these apps include Microsoft Office suite, Microsoft To-Do, BBEdit, Transmit, and others. The most recent addition to the list is Adobe Lightroom CC.

Adobe Lightroom CC can now be obtained from the Mac App Store. The app will offer you photo editing software that can help you enhance your photos like a pro. The software can be downloaded free of cost, and a one-week free trial is offered. After the trial expires, users can purchase the $9.99 monthly subscription via Apple’s in-app purchase system.

This is not the first time Adobe Lightroom is featured on the Mac App Store. In 2012, the Lightroom 4 software could be obtained through a one time purchase of $149.99. Back then, Adobe apps were being sold as standalone purchases, before Creative Cloud subscriptions were added.

The return of Lightroom to the Mac App Store is beneficial for both Apple and Adobe. For Apple, this arrangement lands the company a sweet deal that will generate revenue from in-app purchases. Adobe, on the other hand, now has the chance to make Lightroom available to a broader audience.

Of course, Adobe Lightroom CC is still available on platforms other than the Mac App Store, and users will not need to pay more for the software, as it can be purchased for the same $9.99 per month on all platforms.