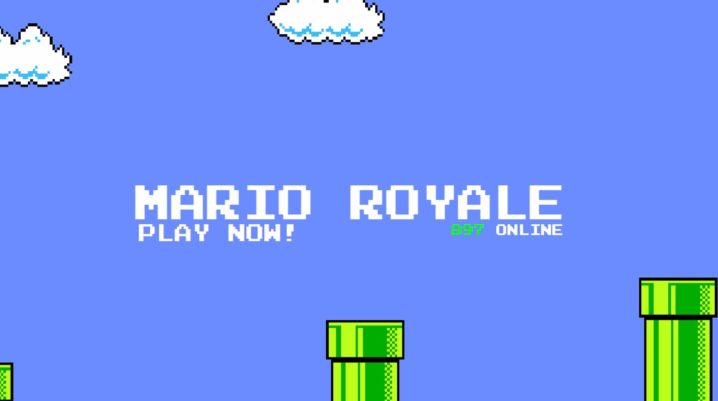 Recently, games in the battle royale style have started to gain more and more popularity, becoming one of the most dominant gameplay forms. After the release of Tetris 99, everyone was convinced that the battle royale concept could successfully be applied to any game. The most recent addition to the genre is Mario Royale, a game that transforms the classic iconic Mario game into a Mario battle royale title where 75 players compete for surviving.

Surprisingly, Mario Royale was not the idea of a big video game company. The creator of the game is InfernoPlus, a YouTuber and programmer that came up with the idea and programmed the game himself. Mario battle royale game is currently available in web browsers for users all around the world.

One round of the game includes 75 players attempting to win the race through one world of Super Mario Bros. While the players cannot directly interact with each other, power-ups like fire flowers and invincibility stars can allow players to stomp on each other. The first three players to cross the finish line will end up on the winner’s pedestal.

Unfortunately, the Mario battle royale game might be in danger of getting taken down by Nintendo. It is known that the company doesn’t hesitate to attack fan projects. The game has already collected a good amount of fans, so it would be a shame if it gets taken down.

Fans of all skill sets can play Mario Royale, so we believe everyone should have the chance to try it out. We suggest you give it a go while you still can. Below, you can watch how to survive a match of Mario Royale (via Kotaku):