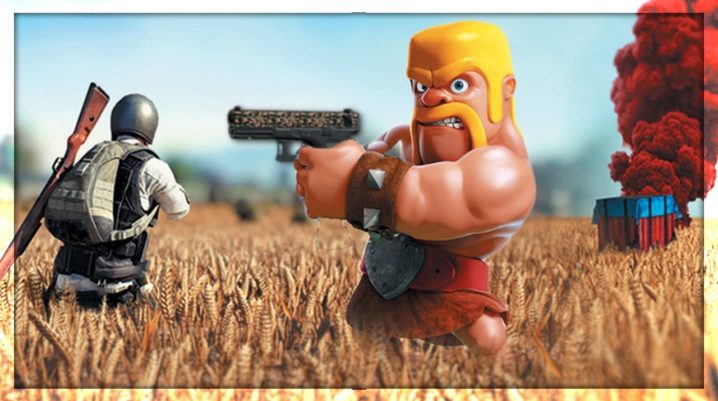 When talking about PUBG and Clash of Clans, we are talking about two legendary games even at this moment. Clash of Clans was launched with a particular concept, and the response from people around the world was incredible and positive. If you look at the Play Store, the games have 100 million downloads. Unfortunately, when you are playing the same game, you get bored with it. But what about PUBG?

Even if Supercell is trying to make the game more enjoyable with the new addition of Clans, the update for Clash of Clans reduced in time. On the other hand, PUBG is on fire now with the PC version, and the developers, Tencent Games rolled out the PUBG mobile version. What happened is easy to predict. The gamers from all around the globe were waiting with excitement this release, and in just a few months, PUBG has over 50 million downloads on Play Store.

PUBG vs. Clash of Clans

If we want to make a comparison or voted for the best game, it is a little hard because the games aren’t the same. Clash of Clans is a mobile strategy game, and PUBG is a battle royale game. Clash of Clans (COC) is a team game in which every player depends on the other member of the team from the clan. At the same time, the leaders and co-leaders have many and hard responsibilities for the clan. Meanwhile, PUBG is a survival game where everyone is on their own. A technical difference between the two games is that COC does not need high spec mobile; meanwhile, PUBG needs a top specs mobile.

Besides this, Player Unknown’s Battlegrounds (PUBG) is an online multiplayer battle royale game where the action and thrill are the ones that define the game. Many players are saying that PUBG is a strategy and planning game, and the intensity from the game is missing from COC. Other players are saying that COC is the best game, that kind of game where strategy is needed..

Finally, maybe a battle between PUBG and Clash of Clans is not necessary, because the opinions are divided, and every player is enjoying each game in their own way. Both games are great on their own, they are different and unique for each one, and no comparison is necessary.