Home Games Dr. Mario World To Launch on iOS and Android in July 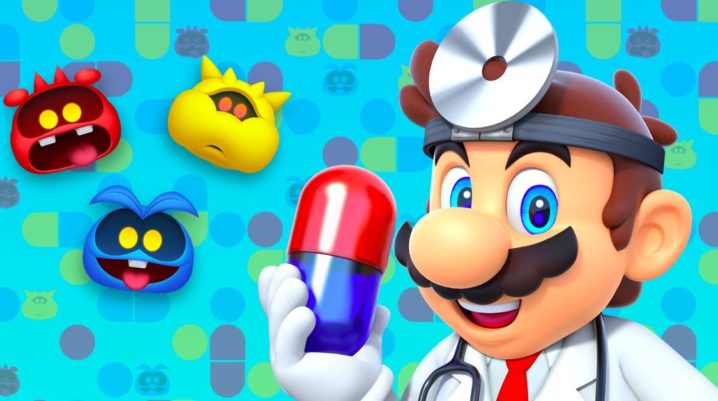 Nintendo announced today that Dr. Mario World will launch on iOS and Android next month, on July 10th. January saw the game’s announcement, and Nintendo stated that their action puzzle title would be launched in the summer of 2019 on a global level.

The mobile version of Dr. Mario World has 90’s Dr. Mario as inspiration. The new game has players matching capsules and viruses with their corresponding colors. Only to see them dissolve away the germs. So the object of the game is to match three objects that are colored the same — these need to be on a vertical or horizontal level to make them go away.

What’s all about with Dr. Mario World for iOS and Android?

Dr. Mario and company have primary virus combating skills because they went to medical school for six years. They can use an extra half capsules to seek and destroy viruses that are being extra fussy.

Time is not a factor in the game, and you should think about your decisions. You only have a limited amount of capsules to clear the virus puzzles. Slow your roll, take your time so that Dr. Mario won’t be sued for malpractice.

You can be social on Dr. Mario Word as well. There are these hearts that are made from stamina that you can give and receive. There is also the possibility to play 1 vs. 1 with people of your choosing. These allow you to have higher tier standings if they result in victories.

Apple Store is the place to pre-register for Dr. Mario World. You can do this now. The game will be free, but it does come with in-app pay to unlock features. It has been designed for the iPhone and the iPad. The game would also launch on Android next month.

Nintendo tells us that internet access is needed to play the game. So no offline mode, I’m afraid. Nintendo launched a promotional video of Dr. Mario World on their website.