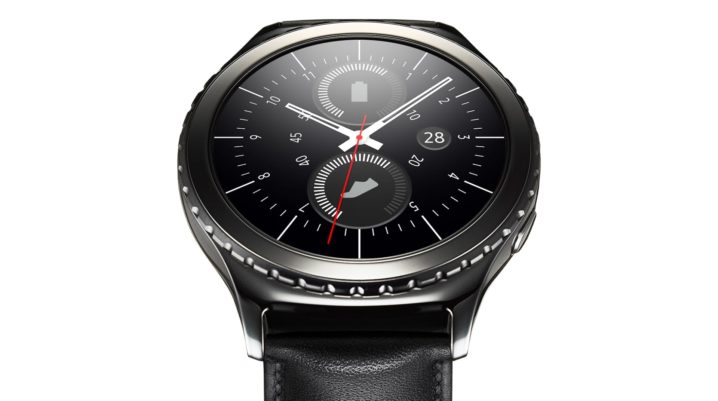 Samsung is reported to developing on the next Galaxy Watch smartwatch. Reports are implying that the next generation watch will feature 5G connection.

Sammobile claims to have proof from trustworthy sources, providing model numbers that are connected to the upcoming smartwatches. Reportedly, there are SM-R820 and SM-R830 models featuring Wi-Fi and Bluetooth, and SM-R825 and SM-R835 as the LTE versions.

What this means is that there will be two different versions, like the first Galaxy Watch.

There is also another option, a Galaxy Watch 5G version, with SM-R827 and SM-R837 model ​thought to be tied to what could be the tech giant’s first 5G smartwatch. No details on how the watches look like, or whether they will have the same 42mm and 46mm sizes as the actual models. However, there seems to be a detail about the color options, saying that the watches will come in black, silver, and gold, with more color options after its release.

Another bit of detail reported is that the watch will come with 4GB of internal storage, which means that it will be like all the other Samsung watches regarding its store department.

The first Galaxy Watch was announced in August 2018, as Samsung decided to change the Gear name prior given to its smartwatches. It was released in two different sizes, came with new health and fitness features, and had a better battery life than all the other Samsung watches previously released.

Then, Galaxy Watch Active launched in February, offering mostly the same features as the Samsung Gear Sport, but having a more complex and cheaper design.

Now, if we consider the fact that the first Galaxy Watch was released in August last year, there are quite high chances we could receive the upcoming smartwatch in a similar way, in the same release window.​