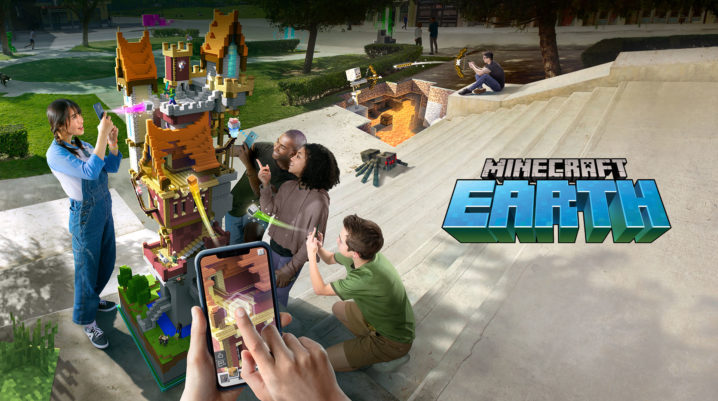 The technology of Augmented Reality becomes more and more popular recently. Many companies use AR technologies to bring a more interactive touch to their products, especially in the video game industry. Augmented Reality tech revolutionized games like Pokemon Go, Ingress, and Zombies Run. Now, Minecraft Earth is the AR game based on the Minecraft universe, and it will come out later this year.

Since AR games receive praise from both critics and fans, the technology aims to spread to even more games. The next game to receive an AR update is Minecraft. Mobile device users will now be able to experience Augmented Reality within the new Minecraft Earth game, which promises to bring exciting new possibilities for fans. The release was announced by Microsoft on the occasion of the company’s 10th anniversary.

Minecraft Earth will borrow some elements from Pokemon Go

It seems that the new AR-based Minecraft game will have some features in common with Pokemon Go. However, some things are going to be different. Reportedly, Minecraft Earth will have a more multiplayer interactive interface than Pokemon Go.

Gamers will have the chance to create a bridge between reality and Minecraft spots since they will be able to use multiple devices at the same time. Even more, players will be able to interact, which is not possible for Pokemon Go players.

Minecraft Eath will keep key elements of the default game, like gathering resources, fighting monsters, and gaining EXP points. such as collecting the resources and battle against the monsters.

Now that we know all of the exciting details about the AR-based Minecraft Earth, we can’t wait for its official release!