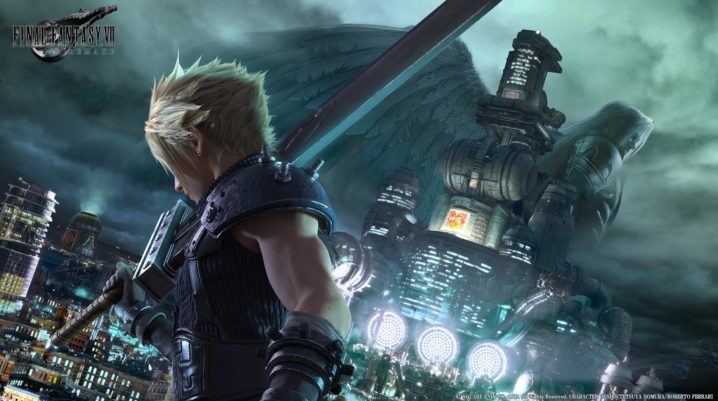 The beginning of Square Enix’s E3 2019 press conference was made with a long presentation of Final Fantasy VII Remake for PS4. In this presentation, we found out that Final Fantasy 7 Remake will come on two Blu-Rays, as the game will be quite massive.

Also, Square Enix showed us the revamped combat system as a mix between tradition and innovation but altered the Active-Time Battle system.

As for the two Blu-Ray discs of gameplay, the amount of content is the reason it’ll take up so much space. Square Enix first announced that Final Fantasy 7 Remake will have more parts or episodes. The first game is “set in the eclectic city of Midgar and presents a fully standalone gaming experience,” as the producer Yoshinori Kitase said during an E3 press preview.

The first Final Fantasy 7 Remake makes it the first chapter of the original version of Final Fantasy 7, even though Square Enix doesn’t know yet how many episodes will the Remake take or how many additional episodes it will have.

At the press conference, Square Enix also showed us the extended version of the trailer for Final Fantasy 7 Remake, revealed during June 9th at the Final Fantasy concert, giving us the first look at Tifa and footage of the revamped battle system.