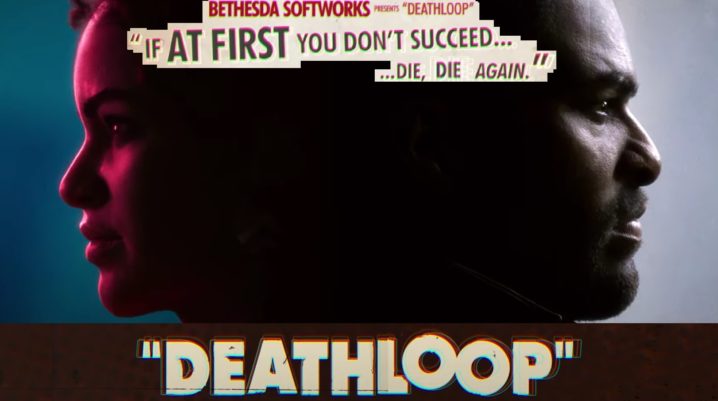 “If at first you don’t succeed… die, die again.”

While Bethesda had a lot of game announcements at their conference last night, we would like to talk more about the new title from Arkane Studios, Deathloop. The devs are the ones behind Dishonored, so it does have a similar art style in Deathloop, featuring first-person action gameplay. The trailer revealing the new game shows two assassins that fight each other in a time loop.

The trailer shows us two rivals that are trapped on an island called Blackreef. Colt and Julianna are the protagonists. When one of them dies, that person wakes up in a different location on the island, with replenished life. Colt thinks that to free himself from this death loop, he has to break the cycle by killing Julianna. However, Julianna likes this cycle and will do anything in her power to keep it that way by killing Colt, which turns into an unending chain of them trying to kill each other.

Your mission is to hunt down the targets on the island, and if you don’t succeed, then you will just “die, die again.”

Check them out in the trailer below:

As you can see, the trailer is packed with action, and it is quite intense!

The game has interesting play mechanics, including wall running and some strange powers that are similar to what Dishonored’s Corvo Attano uses.

Unfortunately, Bethesda did not give us a release date or on what platforms the game will be available.

Get ready for more E3 news, as the event is just starting! Check our E3 2019 page to stay up to date on all the game announcements this week! The best way to be the first one that learns about the latest news is to subscribe to our newsletter.