Home Games Bethesda E3 2019: All The Announcements And Trailers At BE3 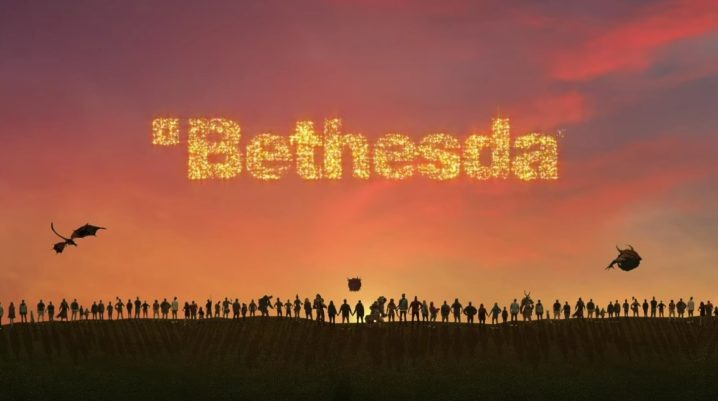 Bethesda took to the stage yesterday evening to reveal new games from all of their studios and many updates for Doom, Fallout, Elder Scrolls, Wolfenstein and more!

Let’s see a short recap of their press conference.

The first announcement was made by none other than executive producer Todd Howard. He agreed that Fallout 76 had a lot of difficulties at launch and received a lot of criticism. However, he added that they have a lot in store for the game.

Fallout 76 will get a new free update called “Wastelanders” that will add computer-controlled human NPC characters that will give players new main quests and have “full dialogue trees.” The free update should be out this fall.

You can try Fallout 76 for free from June 10-17. The cool thing about it is that it will also let you see a little sneak peek of a new game mode (battle royale), called “Nuclear Winter,” where 52 players “born from the Fallout universe” will have to fight and survive.

Next, he talked about The Elder Scrolls Blades, which will come to Nintendo Switch! On stage, they nicknamed it Switchblades. It will be available this fall, free to play, cross-play and lets you get cross-progression from your mobile to your Switch.

Until we get to play it on our Switch, we now get a new update with a “new dragon questline.”

Elder Scrolls Online will get a “dungeon DLC adventure” called “Scalebreaker,” to be released in August.

“Moons of Elsweyr,” Elder Scrolls Legends’ expansion will also roll out on June 27, and we have to say that the trailer was incredible for a card game. And it got Dragons!

Starfield and Elder Scrolls VI were mentioned at the press conference by Todd Howard, saying they’re still “hard at work” on these two titles.

Shinji Mikami’s studio Tango Gameworks presented a “new kind of action-adventure game” called Ghostwire: Tokyo, but the details are too scarce – you get to fight paranormal activity in Tokyo. It is spooky, but not horror. You must find out why people in Tokyo disappear and save humanity. The trailer looks amazing!

“A classic Saturday morning cartoon in free-to-play, mobile game form,” an action puzzle game, ready to have a soft launch to iOS and Android this summer.

Doom Eternal – watch trailer here. There’s also going to be a DoomCon at Dallas (25-28 July) and London (26-27) next month, but it will also be livestreamed for those that cannot attend it.

Rage 2 gets a new expansion called “Rise of the Ghosts” – watch trailer here.


Bethesda has also revealed “Orion,” a new software tech by Id Software which lets games stream with lower latency – the tech is implemented at the engine level and should let players stream games in max settings, no matter how far you are from a data center.