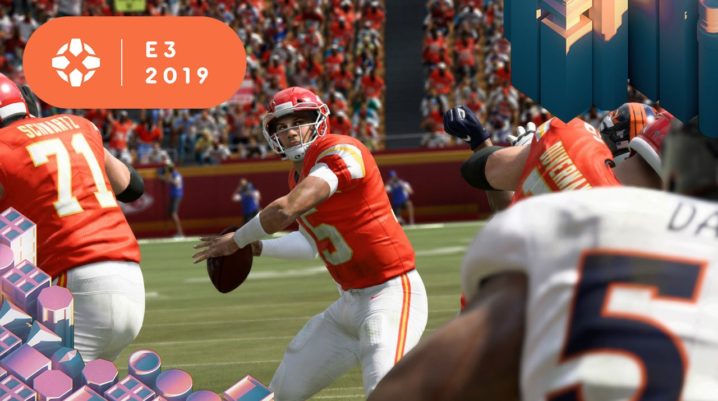 The event featured an ecstatic sports vibe, having Madden 20 revealing new details shortly after the lineup of the FIFA20 stable was made. You may be wondering what those details are…

I can tell you it’s a new, highly requested on screen scoreboard, a new trailer featuring the Face of the Franchise and a hush-hush closed beta coming out the in the following weekend.

Madden 20 has had a rethink and re-visualization on its career mode with Face of the Franchise. You take on a custom player and guide him along the road of professionalism, through college football into a glorious career in the NFL.

A fascinating sight to behold, but no concrete revelations to be seen in the video above.

Our excitement was made public when we found out we can plays as the Miami Hurricanes during our look into the game’s franchise mode, something not possible since NCAA 14.

Fans are being heard, some progress is being made

E3 2019 saw Madden 20 making a clear effort to improve. The players have waited for ESPN overlays during matches for years now.

These are not confirmed but a bulky, clear and improved on screen scoreboard is something they will be getting.

The menus have adopted a more minimalistic approach towards handling in game options and should provide players with the ease and fluidity to make roster changes thus negating the difficulties in doing so from past versions.

Niftier menus aside, Madden 20 needs better gameplay if it wants to sell lots of copies on its release date on the 2nd of August.

Some of the players will soon have the opportunity to see what they’re spending their money on, come the closed beta testing for the gridiron sim, accessible in 4 different ways.

Despite sounding like a sketchy and desperate plea, it does beat a release with loads of question marks hanging over it. Closely followed by reports of a great many bugs and exploits that require time to be addressed.

The beta runtime is from midnight EST on Friday 15 June to midnight EST on Sunday 17 June, making for some short access but players can access close to all modes, excluding MUT and Face of the Franchise.

Four teams have been issued to play as for the event and these are as follows: