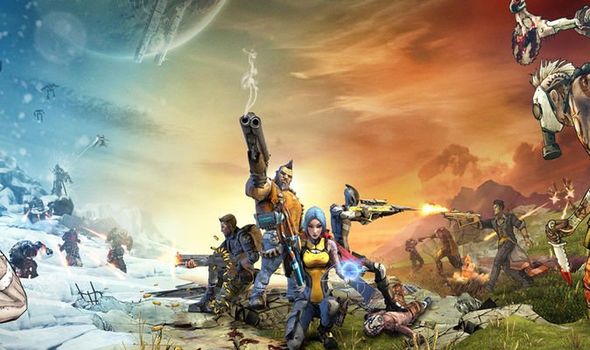 Borderland 3 is an upcoming title, being launched for consoles by Gearbox software and with a brief exclusive for the PC version on Epic Games Store. The title is supposed to be released on the 13th of September but a free Borderlands 2 DLC is scheduled to come out on June 9th to link the storylines of the games.

A leak provided us with the information that the Borderlands 2 free DLC will be available for download for the 2012 game made for the PlayStation 3, Xbox 360 and PC.

The leaked DLC link was taken down but not before being snatched up and uploaded to ResetEra online forums. It was reported that the title for the DLC is Commander Lilith & The Fight for Sanctuary.

The 7 year old game will have the DLC available as a free download according to the URL.

The following things are of note from the game description, in which the DLC  “sets the stage for the upcoming Borderlands 3,” and key plot points are revealed to be that “the Sanctuary is under siege, the Vault’s map has been stolen, and a toxic gas is poisoning Pandora.”

Players that choose to reinstall Borderlands 2 with have the opportunity to unlock the new content contained in the DLC. New bosses, areas, loot will be encountered, as well as an enhanced tier that supersedes Legendary.

The max level will be 80, with new players receiving an upgrade to level 30 so they can access all features of the game more quickly.

June 9th is the official release date for the DLC, with Microsoft E3 2019 being held on the same day.

In order to link the games and their storylines, it would be beneficial for keen players to enjoy the new DLC along with the five part episodic game from Telltale Games, titled Tales from the Borderlands.

Several past characters are expected to return in Borderlands 3, including originals Mordecai, Lilith and Brick. As well as Borderlands 2’s Maya and Zero, along with Rhys, that appeared in the Telltale title.

Four new characters are set to appear, rumored to be the only ones that you can play as.

These are listed as: