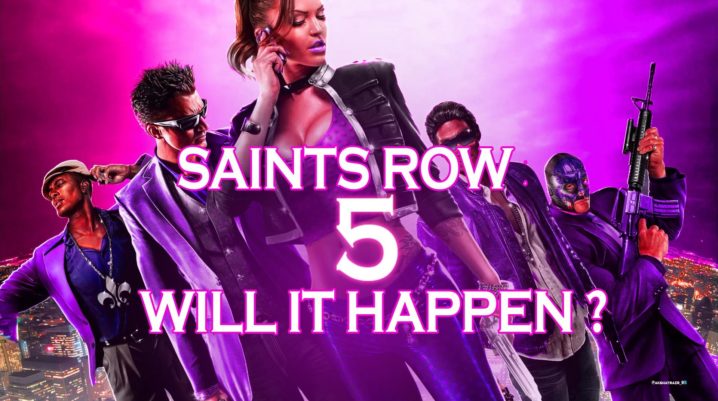 Saint Row V is one of the most anticipated games and is only natural that die-hard fans will make speculations regarding a possible continuation of the SR series. Unfortunately, until now there is no official announcement on next game release from Deep Silver, the studio game.

Deep Silver is a video game publisher in Germany and is a subsidiary of Koch media. it owns three game development studios: Fishlabs, Dambuster Studios and Volition, the developer of Saints Row series.

Saints Row is an action-adventure video game series that tells the story of a gang called the Third Street Saints. The game is well known for its stories that feature popular culture parodies.

The first game of the series was released in 2006 and was looked upon very favorably by the critics. The sequel came 2 years after and had an even greater success. At the end of 2011 was released the third entry and 6 years ago, in 2013 the Saints Row IV with an expansion called Gat out of Hell. In SR IV the playable character is the leader of a street gang that becomes the world’s most powerful organization that has as a main goal to protect the White House from an alien invasion.

At the end of 2013 the series has had over 13 million copies sold making it one of the best-selling video game franchise of all time. However the studio did not give any hopes until recently where a tweet from the developers has stirred up some things for the future of SR series. At the end of the third SR the studio tweeted the link of the official SR YouTube channel saying “exciting things ahead for the Saints, you don’t want to miss out!”

The fans are so excited to find out nay news on their beloved games that at least one of them checks Volition careers opportunities and noticed that they noticed that they are looking for a Designer with a proven track record in level or mission design, scripting and implementation for AAA third-person shooters or action games.

This news alone is not enough to tell us if Deep Silver is working on Saint Row V, however as we move closer to E3 2019 we anticipate more information on it.

This is why there is no wonder that the game is still getting thousands of daily player who made also wishing lists with what they would like to see in the next game. The game is available on all major platforms: Microsoft Windows, PlayStation 3 and 4, Xbox 360 and Xbox One and Linux.