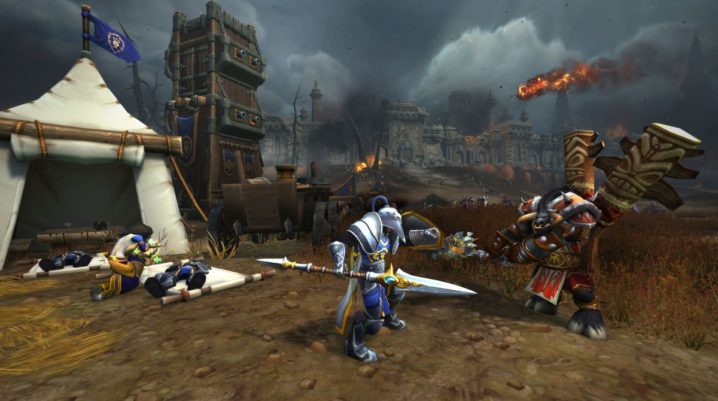 The newest region that will join the game in the upcoming 8.2.0 patch is Nazjatar. The players will see the capital city of the Naga and its subaqueous area. The Naga race is ruled by Queen Azshara, who is the former ruler of the Kaldorei Empire. The new zone will be located inside of a massive crevasse in the Great Sea, a location that is created by Queen Azshara’s powers. You will find when the patch 8.2.0 will come that the entire zone is below water level and everything is surrounded by waterfalls (what a scenery!). Of course, the ultimate purpose is to confront the Queen Azshara.

However, the story is not that simple, and you won’t get bored. After you delve into the depths of the capital city of the Naga, everything will change. A lot of new quests will begin, and new and fascinating friends will appear. You will make new allies to befriend, and new enemies to overcome. Also, a lot of free content is added, unique rewards to earn, and you will receive a baby naga too.

On the other hand, if you are curious about the history of the city, you will learn that Nazjatar was constructed after the events of the Great Sundering. The Nagas are the remaining Highborne but transformed by the Queen. The purpose of Queen Azshara and Lady Vashj was to construct a city beneath the Great Sea because that was the location of Zin-Azshari and the Well of Eternity.

Also, the transformed Highborne called now Nagas, are masters of sorcery and habitats of the Ocean deeps. The ancient Kaldorei city, now Nazjatar has ruins and old architecture. Of course, the Naga were the ones that have added their own art to this city. They have build material from coral and rocks from the ruins. Unfortunately, even with the changes made by the Naga, the location has a dark atmosphere.

Besides this, you will find that the surroundings of Nazjatar are composed of Makrura, the lobster-men, the Gishan Caverns, the Scintal Reef, the Pilar Deep, the Drowned Reaches, and the Boiling Terrace. On the other hand, Queen Azshara, who is the most powerful arcanist of the Ancient World, has now even more power. The Naga are considering her a demigod, and they are worshiping her because their motivation has grown since her presence in the city.

Also, some inside facts about the Naga are that Naga men have tasks that require physical strength and stamina, and Naga women have intellectual jobs. In the military matters, both men and women participate – men are the guards and warriors of the city, and women are the magi and generals. They are using trained sharks, dragon turtles, and tidal guardians for patrols.