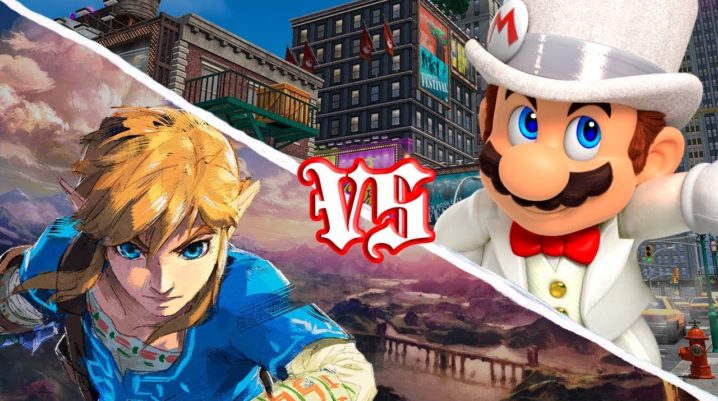 Nintendo has 2 video games that continue the franchise’ domination of the review lists being both two masterpieces published on the Switch.

Switch started had a strong start releasing The Legend of Zelda: Breath of the Wild on consoles in the beginning of 2017. It is a massive open-world game that is about exploration and adventure telling a story that is following a non-linear approach. Nowadays old franchises have to sacrifice a bit of their identity in order to remain relevant in the modern world.  The Legend of Zelda: Breath of the Wild developers included some modern RPG mechanics and although it was an audacious move away from Skyward Sword and Twilight princess it worth it. It became an instant classic and it won already numerous awards including several game of the year honors. By March 2019 the game sold 14 million copies on the Switch and on the Wii U, making it the bestselling creation in the franchise.

Super Mario Odyssey is a very successful 3D adventure platform game that received universal praise and has sold more than 14 million copies since release. Combining elements from old 90s 3D platformers with stunning graphics, infinite collectibles and costumes, new abilities offered by his hat, Cappy and phenomenal soundtrack, the game is simply fun and awesome. The game also brings back the sandbox design of Super Mario Sunshine and Super Mario 64.

Although both are open-world games, they have different gameplay. While The Legend of Zelda: Breath of the Wild  is more stylish and tranquil allowing you to go anywhere at you own pace, Super Mario Odyssey is quite the opposite fast and focused with lots of things to do.

Currently users are casting their votes as only one of these 2 can win the Nintendo Showdown.

Legend of Zelda: Breath of the Wild Super Mario Odyssey