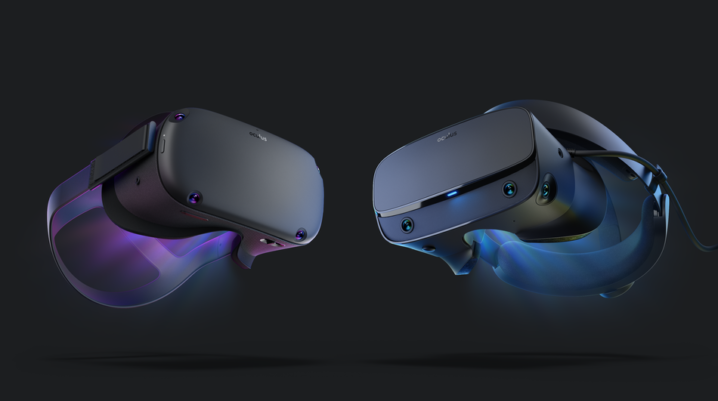 We know from last month that Oculus has made some changes regarding their next step in VR gaming. The company has revealed that they would launch an upgraded version of the original Rift S, and another headset in the Quest. Along with the release date, we have found out that the price will be $400/£400 for each model. The fresh news is that both devices will be launched at the same time on May 21, and the pre-orders are now open.

On the original headset, we have some significant improvements since the device had been launched in 2016. One of the substantial improvements is the increased resolution. Rift S will display from now on 1280×1440 per eye, which means 2560×1440 for both eyes. Right now, Rift S displays in 80 Hz. A second improvement is the integration of the audio in the headset and a change at the head strap. The head strap is now more secure and comfortable, that’s a plus! However, the addition doesn’t stop here, because the most important feature is the new inside-out tracking technology. The company’s technology is called Oculus Insight. By having this technology on your headset, the need for an external motion sensor is out of the question. Now they are built into the headset, so a full positional tracking is capable.

It’s impressive to say at least because in this VR device you will find a Qualcomm Snapdragon 835 processor. This is an essential upgrade by comparison to the Oculus Go. If you buy Oculus Quest, you will have Oculus Insight for full positional, with four built-in sensors. Also, at the display category they are fantastic: 2880×1600 resolutions, but a lower 72 Hz, unfortunately.

Finally, before picking one of them, you need to know that you can choose from two options for storage: 64 GB at $400/£400, or 128 GB at $500/£500. Also, both the Oculus Rift S and the Oculus Quest will come with revised Touch controller. These controllers will help you to reposition the motion sensor rings from above the face button.