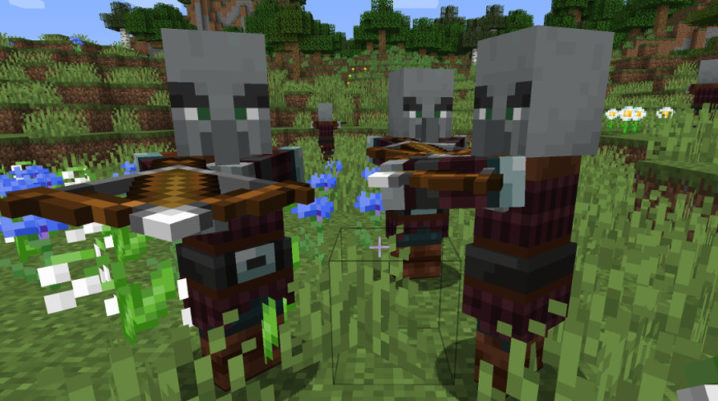 Village & Pillage was the most significant update on Minecraft with a lot of changes and fixes, plus a lot of things. Villagers were added to the game some years ago, and their role wasn’t so significant; they were quiet and boring overall. But the update has done something to them, as by a spell, the peaceful villagers have now become annoying and odd. What is happening around there?

A lot of notifications have come from Minecraft users about the villagers going mad. The purpose of the last update was to focus on villages, but what happens it’s not what players have expected. Because of the update was focused on villages, a lot of players have moved nearby those villages for protection and future constructions. The real problem appears when the villagers are not respecting the player’s privacy.

Moreover, the simple and quiet villagers are now sleeping wherever they want, and in most of the cases, in the players’ houses and beds. A funny and creepy example is from one player that has found a villager in his bed with its head floating above. We are sure that we’re talking about a bug here, but still. Another player that has locked its house with a button and an iron door has also found a villager in his bed, sleeping with its eyes open. One player was so annoyed about this thing that had used a fishing rod to pull the unwanted villager from his bed and pull him on the floor.

Also, that’s not all; even the children of the villagers are entering their houses and playing around or jumping on the bed. And the situation is getting worse when you come home and find the villagers procreate in your house, or you find a sticky villager that is starting to live and work in your house. Another disturbing event was from a villager that ran around like a chicken without a head around the house. A solution for this crises it’s to build stairs or build your home at a higher height, they can climb the stairs, so it’s safe with this method.