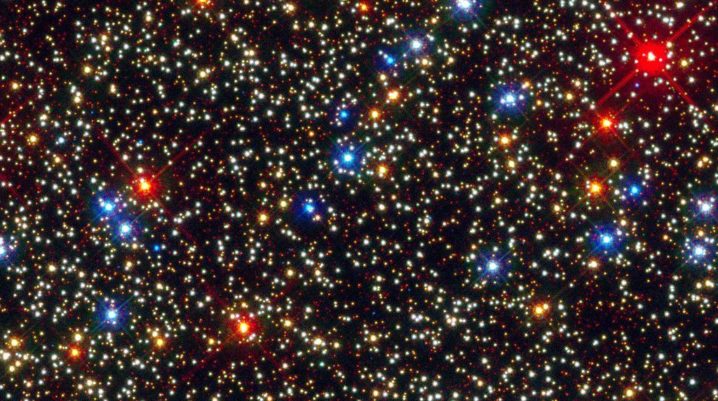 NASA has released an incredibly beautiful photo of the Messier 75, captured by the NASA/ESA Hubble Space Telescope.​

Messier 75 is a globular cluster, a spherical assemblage of stars linked together by gravity, and it is also known as ​M75 or NGC 6864​​. Those kind of clusters cycle around galaxies and are normally located in their exterior and less-crowded regions, meeting to construct dense communities in the galactic suburbs.

Messier 75 is situated in our Milky Way galaxy in the constellation of Sagittarius, the Archer, at a distance of approximately 65,000 light years from Earth. Most of the cluster’s stars, around 400,000 in total, are settled in its heart. With an outstanding luminosity of about 180,000 times than of the Sun, it is the most densely populated clusters ever discovered.

Messier 75 was discovered by Pierre Méchain​ in 1780, and was also seen by Charles Messier and an year later added to his catalog.

Even though there are as many as one hundred billion comets in the exterior areas of the solar system, before 1995, only approximately 900 had ever been discovered. The reason is because most comets are too vague to be detected without the appropriate astronomical equipment. Periodically, however, a comet will glide past the Sun that is bright enough to be observed during the daytime with the naked eye.

The Messier 75 cluster is believed to be about 13 billion years old and has a width of around 134 light-years.

The image of the Messier 75 taken by NASA/ESA telescope is a complex of observations taken in visible light utilizing Hubble’s Wide Field and Planetary Camera 2 (WFPC2), as well as Advanced Camera for Surveys (ACS) instruments. There were used four filters to sample different wavelengths, and the color is the result of selecting various hues to each monochromatic image correlated with an individual filter.

Messier 75 is displayed in Hubble’s Messier catalog, which contains some of the most captivating objects that can be seen from the Earth’s Northern Hemisphere.