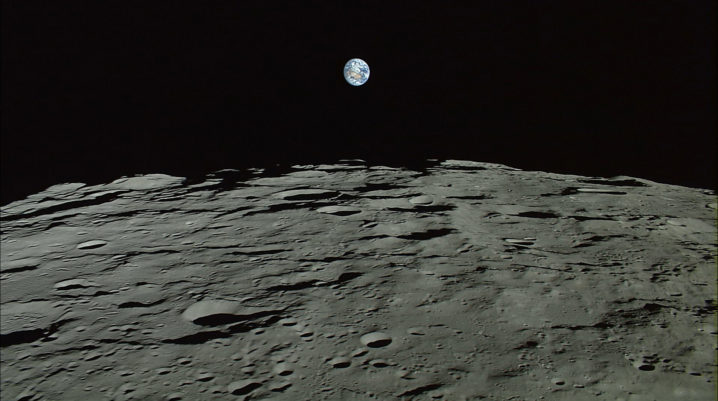 Yutu-2, China’s lunar rover, has captured some incredible pictures of the far side of the Moon. Yutu-2 has landed on the Moon in January, and since then it has conducted science and exploration tasks in the Von Karman crater. Yutu-2 has been transported by Chang’e-4 lander and landed first in the South Pole-Aitken. With the help of a panoramic camera, Yutu-2 has made some high-definition photographs.

Some of the images show the dusty lunar terrain filled with craters, the tracks made by Yutu-2, and even Yutu-2’s own shadow. After the landing, Yutu-2 has gone west from the South Pole-Aitken towards an impact crater on the far side of the Moon. The purpose of this mission is for scientists to study the South Pole-Aitken as well because it is thought in that region an ancient lunar impact have happened. Also, they want to research and learn about the feasibility or future human or robotic missions on this region of the Moon; and about the early solar system and Earth.

Moreover, the explorations in the Von Karman crater are taken because scientists believe that the region is composed of various chemical compounds like thorium, iron oxide, and titanium dioxide. If those theories with further studies are correct, scientists could reveal more information about the origin of the lunar mantle. Unfortunately, the mission is progressing at a slow pace, because of the lunar nights. Each month the region goes in darkness for two weeks. Yutu-2 is programmed to take “naps” from time to time because of the brutal temperatures on the surface (200 degrees centigrade).

Finally, Chinese Chang’e-4 and Yutu-2’s mission has great results if we think that the two devices were designed to last three lunar days, and they are going into their fifth lunar day. On April 28 they are waking up from their current hibernation and will continue to navigate the Moon’s surface, to collect data and specimens.