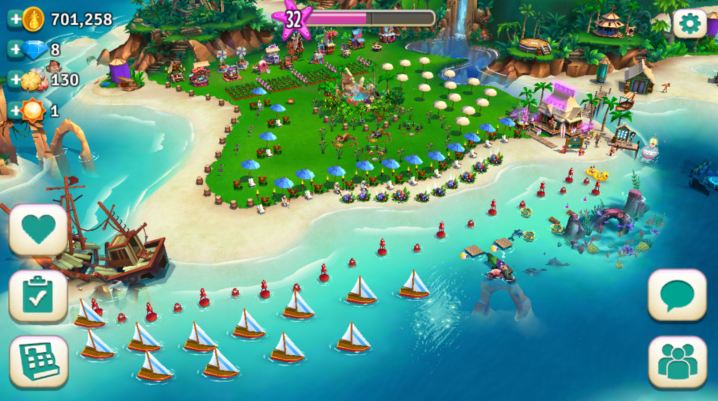 If you are searching for a fun game that is going to give you something to do during boring hours, then you don’t need to look any further than FarmVille: Tropic Escape. This is a highly popular mobile game for Android powered smartphones and it’s renowned for having such a complex gameplay that players never get bored or run out of new things to do. Talking about new things, FarmVille: Tropic Escape fans should be happy to know that the mobile game recently received a new update.

The system requirements for the new update are simple. All that FarmVille: Tropic Escape fans need to have is a smartphone that is running on a minimum of Android 4.1 Jelly Bean operating system and at least 90.64MB of free internal storage space.

The great thing about the new update for FarmVille: Tropic Escape is the fact that it doesn’t just introduce bug fixes and software tweaks like most updates do, but it also comes with a new mini island. The game features a special event called “The Hunt for Jade carnation” and the island will go into full bloom, thus making it look amazing.

Players will get to build a brand-new mini island replica that is covered with mythical flower. This mini island replica is also making it possible for players to win the first-ever Swan guide. This is something that all players want to get their hands on and we think it’s safe to say that FarmVille: Tropic Escape players who want to be the best should hurry up and start building their new island.